Portrait of George Washington (1732-1799) the 1st President of the United States of America, with Martha Washington and his family. Painted by Edward Savage (1761-1817) an American painter and engraver. Dated 18th Century.
Universal History Archive/Getty Images
By Jeanne Abrams

While Americans celebrate Presidents’ Day on Monday, honoring the achievements of George Washington and his fellow leaders, it’s also worthwhile, as Abigail Adams once put it, to remember the (First) Ladies.

Regardless of their political affiliation, America’s First Ladies have shared a common bond and experience that stretches back to the dawn of the nation’s history, when Martha Washington had to create the quasi-official position from scratch, without a blueprint to follow to accommodate the demands of a new republican government. She and her next two successors, Abigail Adams and Dolley Madison, created a role that was uniquely American in both style and substance. Each of them shaped the role of First Lady by placing their own imprint upon the position, but at the same time they learned from one another as they sought a path that would blend their roles as women, wives, mothers and very visible public figures.

These three spirited women, who in their time could not even vote or hold office, exercised intelligence and initiative to play a substantial role in the nation’s early political life, and they helped develop the country’s political culture.

Contemporary First Ladies have faced many of the same challenges and rewards that the inaugural First Ladies faced. From the first day their husbands took office, the original trio were subject to unrelenting public scrutiny and often stinging criticism in newspapers, the primary print media of the day.

They learned quickly what it was like to live in a fishbowl, and Martha Washington notoriously referred to herself as a “state prisoner,” subject to the myriad demands of the fledgling United States. She was taken to task for allegedly mimicking royal behavior, the strong-minded Abigail Adams was derided as a political meddler who exercised undue influence over her husband John, and the charismatic Dolley Madison was considered by some to have been too ostentatious in style and extravagant in fashion. They were all subject to unrelenting examination— and today’s public lens is even wider and sharper, as it includes almost instantaneous examination and feedback via television, radio, email, tweets and Facebook, perhaps making the role even more challenging.

To this day, the role of First Lady has no official mandate, and while in practice it is often a very constraining and conservative position, it continues to hold the potential for significant power. It reflects informal — but still critical — political, cultural and social undertakings that affect matters of state.

In creating a new role, the earliest First Ladies and their successors rose to the occasion and carried out their roles with dignity and mindfulness. They and their presidential husbands viewed themselves as full partners within a family unit. When John Adams was elected the nation’s first president in 1797, he wrote Abigail to urge her to join him as quickly as possible as “I never wanted your Advice and assistance more in my Life.” Dolley Madison was so politically savvy that her husband’s rival for the presidency was reputed to have observed ruefully that he “was beaten by Mr. and Mrs. Madison. I might have had a better chance had I faced Mr. Madison alone.”

Since the time that Martha Washington became the original First Lady, not only Abigail Adams and Dolley Madison, but all those who followed have struggled with the proper manner in which to carry out the role. Yet from the beginning, most members of this select “club” of First Ladies carried out their roles with dedication, aplomb and perseverance and have helped play a pivotal role in shaping the contours of the development of the American nation. For example, in 1800, Mrs. Washington was the first to open the President’s House to the public, a popular and highly anticipated tradition that was carried on until 1932 during the Depression, when the annual event was curtailed.

Every First Lady also adopted at least one public cause; for example, Martha Washington advocated for pensions for Revolutionary War veterans and Eleanor Roosevelt became a highly influential and articulate voice for Civil Rights. In their own ways, each of the First Ladies of the United States succeeded in putting their distinctive stamps on the role, whether in the political, cultural or social arena.

Over centuries, that complicated position, pioneered by Martha Washington, Abigail Adams, and Dolley Madison, often served as a lightning rod for influence as well as controversy, a phenomenon that endures even to the present day. A First Lady’s power is real—and so should be the recognition she receives.

Jeanne Abrams is Professor of University Libraries at the University of Denver and author of the book First Ladies of the Republic: Martha Washington, Abigail Adams, and Dolley Madison and the Creation of an Iconic American Role (New York University Press, 2018). 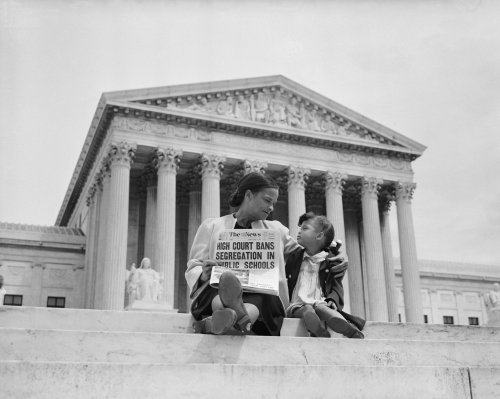 The Forgotten Northern Origins of Jim Crow
Next Up: Editor's Pick