Few people, when asked about the Manhattan Project and the weapons it created, call to mind the name Chien-Shiung Wu. But without the physicist, the project might have failed, perhaps prolonging World War II into 1946 and beyond. Wu was born in China in a town north of Shanghai in 1912, to parents who not only believed in educating girls but also founded a school that took care to include them. Wu emigrated to the U.S. in 1936, where she ultimately taught physics at Princeton University, and where she made two key contributions to building the bombs that ended the war. The first came in 1942, when Enrico Fermi was having trouble keeping his plutonium chain reaction running at a government research complex.

As the tale is told, he was advised to “ask Miss Wu.” She correctly diagnosed the problem as xenon contamination. The second was after Wu formally joined the Manhattan Project, when she helped develop the method for separating nonfissionable uranium 238 from fissionable U-235—the bomb’s key fuel. When the weapons were used in 1945 and the war was won, names like Fermi and Oppenheimer would be recalled best. But all owe some of their notoriety to the wisdom of Miss Wu. —Jeffrey Kluger 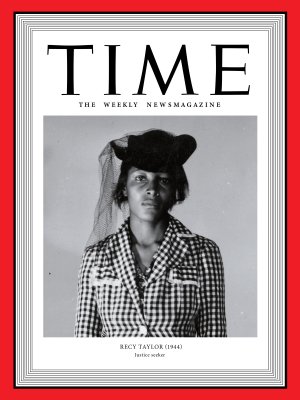