The Manhattan Project Physicist Who Fought for Equal Rights for Women

From an early age, nuclear physicist Chien-Shiung Wu had to travel in order to learn: first 50 miles, then 150—and eventually, to the other side of the world. She was born in 1912 in a small town in Jiangsu province, in eastern China, to parents who, unusually for the time, believed in educating girls. Even more unusually, they set up a school to do so. By the time she was 11, their daughter had outgrown what they could teach, and so they sent her out on her first journey: to a girls’ boarding school in Suzhou, 50 miles away. When it became clear that Wu was an exceptional student, she kept going further in order to learn: first to National Central University in Nanjing, and then on to the prestigious Zhejiang University in Hangzhou, where she began postgraduate work in physics. In 1936, when she was 24, Wu sailed from China to America to continue her studies.

The following summer, years of Japanese intrusion into China erupted into war, a conflict that would soon bleed into World War II. Wu was cut off from news of her family. The reports that arrived from her home province were horrific, but there was nothing for Wu to do but work and wait. In the end, although her family would survive the war, the arrival of Communist rule in 1949 made it impossible for Wu to travel home, and she never saw her parents alive again.

When Wu’s ship docked in San Francisco, she had been planning to travel on to Michigan for her PhD. But at nearby Berkeley, the pioneering nuclear physicist Ernest Lawrence had just built a new kind of particle accelerator. He and his fellow researchers, including Robert Oppenheimer, were turning the California campus into the epicenter of atomic research. Wu had been in town just a few days before she met and impressed both Lawrence and another Berkeley physics student, Luke Yuan, who would become her husband. She threw over Michigan and stayed in Berkeley, where she quickly established herself as an expert in the emerging field of nuclear physics.

But the world she graduated into, on the eve of the Pearl Harbor attacks, was rife with sexism and anti-Asian racism, and Wu found it hard to find a good academic position. She married Yuan and moved to the East Coast, where she took up a teaching job at Smith College although her heart was in research and experimentation. She moved on to Princeton, where she was able to continue her groundbreaking study of beta decay—the then-unexplained process by which a particle changes form inside the nucleus of an atom. As the Second World War progressed, Wu was recruited into the Manhattan Project to work on the crucial process of uranium enrichment, and in 1945, she witnessed the devastating outcome of that work on China’s old enemy, Japan. The end of the war brought some personal relief: after eight years of silence, Wu heard that her family in China had survived the conflict.

Wu went on to work at Columbia University, her professional home for the rest of her working life. Her most significant contribution to modern physics was a series of experiments she devised to test the law known as “conservation of parity,” which held that there was a fundamental symmetry in the behavior of everything in nature, including atomic particles. In 1957, Wu’s male colleagues, who had come up with the theory—but not Wu, who had tested it—were awarded won the Nobel Prize. “Neither Yang nor Lee is an experimental man,” reported TIME in January that year. “When two experimental proofs came through early this year, parity was dead, and the Nobel Prize was practically in the bag.” Wu’s contribution remained typically anonymous.

It wasn’t until diplomatic relations between the U.S. and China thawed in the early 1970s that Wu was finally able to travel home and visit the graves of her parents, prominent intellectuals whose tombs had been desecrated during the Cultural Revolution. She received a personal apology from the Chinese prime minister for the destruction of the tombs, and afterwards visited China regularly, becoming a vocal critic of the government’s repressions and reprisals—particularly the Tiananmen Square massacre in 1989. In the United States, she campaigned for gender equality in her profession and beyond, correcting anyone who called her by her husband’s name and insisting on being paid the same as her male colleagues at Columbia. Having overturned the theory of parity in physics, she was determined to uphold it in society.

After her death in 1997, at age 84, Chien-Shiung Wu made one final journey. At her request, her ashes were spread at the spot where her education began: in her parents’ schoolyard. 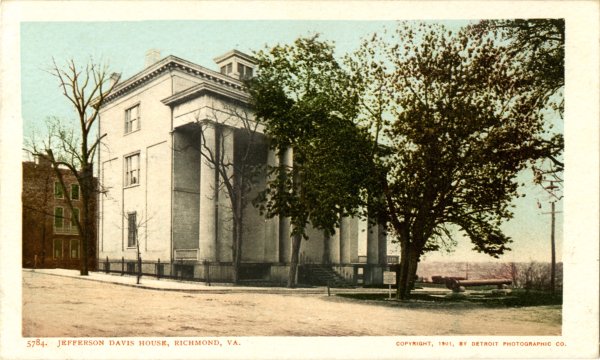 The Woman Who Spied on Confederates In Jefferson Davis’ Own Home
Next Up: Editor's Pick