Mary McLeod Bethune’s résumé was already peppered with superlatives and onlys, but in 1934 the civil rights activist was a woman on the brink of the most political power wielded by an African-American woman to date. By continually lobbying the federal government to tend to the needs of African Americans, she had already gained the ear of Presidents Coolidge and Hoover. As the nation reeled during the Great Depression, she pushed Roosevelt to pay attention to black Americans too.

Soon, the former teacher and women’s group organizer would step into an official New Deal role as head of the National Youth Administration’s Division of Negro Affairs and head of what would be known as FDR’s “Black Cabinet,” becoming the highest-ranking African-American woman in government and the first ever to head a federal department. During her government tenure, she fought for integration and against segregation, discrimination and lynching. As a colleague once said, “No one can do what Mrs. Bethune could do.” —Erin Blakemore 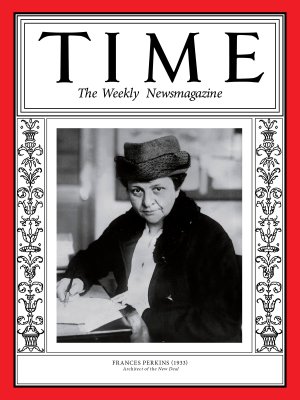 1933: Frances Perkins
Next Up: Editor's Pick