The Law That Started the New Deal

Clerk South Trimble of the House of Representatives calls the House to order during session of Congress on Mar. 10, 1933.
New York Daily News Archive / Getty Images
By Merrill Fabry

On the evening of Mar. 9, 1933 at 8:30 pm Franklin Delano Roosevelt signed the Emergency Banking Relief Act into law. Passed just five days after his inauguration, the Act was the first piece of legislation in what would come to be called the New Deal, a series of 15 major bills passed into law during the first 100 days of his presidency.

FDR had taken office amid a banking panic, as Americans who were worried about banks’ ability to safeguard their savings withdrew money more quickly than the banks could handle, which only exacerbated the problem and the panic. Many states had already instituted “banking holidays”—closing banks or restricting activity in an attempt to limit the damage—when Roosevelt declared a four-day national banking holiday that would start Mar. 5. With the banks closed, and the stock exchange having made the decision to follow suit, his administration set to work on the legislation to govern how the banks would reopen.

In a message to Congress, which met in a special session on Mar. 9 to examine to the question, the new president requested executive-branch control over the banks, “for the protection of depositors.” Congress passed the bill swiftly, returning it to Roosevelt that same evening whereupon he signed it into law. Many in Congress didn’t even get to read the full act before it was voted on, as there were no finished copies available to read. The law, also known as the Emergency Banking Act, allowed banks that were deemed sound to reopen in stages, provided for rehabilitation of unsound banks, expanded the President’s power over all banking functions, and effectively took the U.S. off the gold standard.

The Sunday after the Emergency Banking Act passed, Roosevelt gave his first fireside chat radio address. He used the address to explain the banking situation and his solutions to the country, both financiers and the general public. Roosevelt praised Congress for “patriotically” passing the new legislation, and assuring listeners that “it is safer to keep your money in a reopened bank than under the mattress.”

Read more about the first pieces of New Deal legislation, here in the TIME Vault: The Cabinet off Bottom 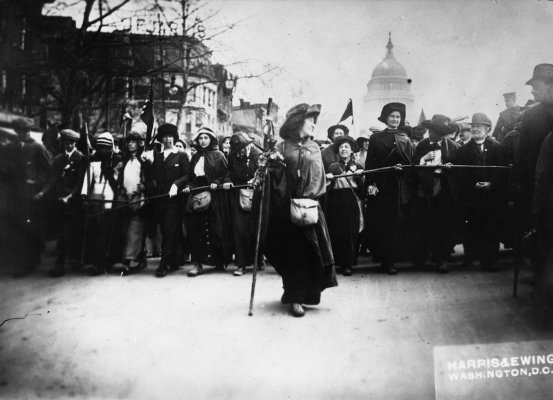 Listen to a Suffragist Recall Marching on the White House in 1913
Next Up: Editor's Pick