Bessie Smith was born into tragedy. Her parents died by the time she was 9, leaving her in the care of older siblings. A gifted singer, Smith was forever changed—perhaps even saved—by her rare talent on the stage and insatiable drive off it. Years of busking and performing in traveling vaudeville shows led to a deal with Columbia Records in 1923 and a signature recording, “Downhearted Blues,” which sold nearly 800,000 copies.

Smith’s song became an instant classic, beloved by contemporary audiences and revered by the generations that followed. It helped make Smith the highest-paid black entertainer of the time and earned her the moniker Empress of the Blues. But Smith was set apart by more than her success. Often called “rough,” she was not only African American and curvy, but also an openly bisexual artist who channeled her early struggles into her music. Her lyrics—defined by her sass and biting wit—addressed poverty and conflict, imploring working-class women to be up-front about their sexual desires.

For me, as an African-American woman who is trans—part of two communities that are most marginalized—Smith’s life shows the importance of staying true to yourself, even when the hardest of obstacles are in your way. —MJ Rodriguez

Rodriguez is an actor on FX’s Pose 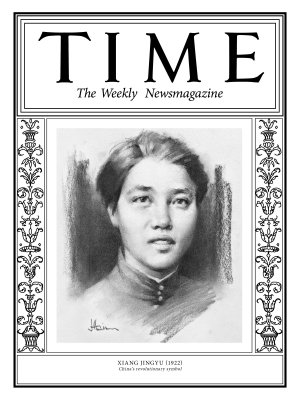