On Friday night, singer-songwriter and multimedia artist Solange Knowles received the first Lena Horne Prize for Artists Creating Social Impact, celebrating at New York City’s historic Town Hall theater and memorializing Horne, the trailblazing actress and activist. There to mark the occasion: Horne’s daughter, the author and activist Gail Lumet Buckley and granddaughter Jenny Lumet; Martin Luther King III; her mom Tina Knowles Lawson and a list of artists — including Jon Batiste, Andra Day, Talib Kweli and Leon Bridges — who turned the theater into a party with their fiery performances. The crowd were united in both the celebration of Knowles and a sense of urgency for respecting and uplifting the voices of black women, a subject that drew warm applause throughout the night.

Buckley knows the power of legacy and the historic importance of her mom, Horne, who passed away in 2010. It’s a legacy that she and the board of the Town Hall, New York’s nearly hundred-year-old arts and activism organization, are eager to keep alive through this new prize. “Today, artists are not necessarily that interested in being activists,” she told TIME earlier in the week. “It’s all now about getting rich and famous, and they don’t have to give back because they’re free, in a sense. My mother came up in a period where she was not free to be herself. She had to be a ‘credit to her race,’ quote unquote. She had to be an activist; she had no choice in it.”

It’s not just family who have benefited from Horne’s long-lasting impact. “She was not afraid of losing anything, because she deeply believed there’s not justice for her if other fellow Americans don’t have freedom,” Grammy-winning African singer Angélique Kidjo told TIME of her respect for Horne. “She could have just had a comfortable life, but she cared.” To that end, the Lena Horne Prize is — notably — the first major entertainment award named after a woman of color, according to the organizers, and it honors “the intersection of arts and activism.”

That combination was made clear throughout the night, from Common‘s opening notes to Martin Luther King III’s emphasis that Solange “sings freedom songs for our time.” (Knowles’s most recent album, 2019’s resonant When I Get Home, was a multidisciplinary love letter to her hometown of Houston and meditation on black womanhood.)

“Carrying the torch is work we can all do, especially young people. Your last name doesn’t have to be King. You can do good right now by the way, by voting,” King urged the audience. Kidjo, singer Alice Smith, rapper Rapsody and dance group Urban Bush Women also performed, and Andra Day sang a memorable rendition of Horne’s own “Stormy Weather,” to a standing ovation.

The show mixed in plenty of history, too, flashing back to Horne’s work. One of the first black actresses to make a mark in Hollywood, despite facing restrictions on where her scenes were allowed to air, Horne was a lifelong NAACP member, Grammy and Tony-winning film and stage performer and civil rights advocate. “She was always a symbol and an example of something. Now she’s being appreciated for what she gave up probably, which was her own freedom of expression,” Buckley told TIME.

But it was her granddaughter Jenny Lumet whose words humanized the icon most as she shared some personal anecdotes during the evening. “She had a whole drawer of false eyelashes I thought were spiders, and she drank her Hennessy from a Sesame Street mug,” she said. TV host Tamron Hall arrived onstage decked out in a coat and bracelet that had once belonged to Horne, purchased at an estate sale — a nod to Horne’s importance as a representative figure for young girls going into entertainment. And in a particularly powerful interlude, longtime labor rights activist Dolores Huerta reminded the crowd to stay active in the fight for social justice. “We know there are many songs that still have to be sung, many pieces of art that still have to be rendered,” she said. “We can’t get tired.”

And then Tina Knowles Lawson, mom of Beyoncé and Solange, told stories about Solange’s earliest moments of activism — like trying to get a “bad teacher” fired by petition when she was in elementary school. “Solange has a creative, energetic soul,” she said. “She was born with her mama’s fiery spirit, thank you very much.” Earlier on the red carpet, Knowles told TIME that her daughter has been blazing a trail for years. “She’s been the first African-American woman in a lot of museums and spaces that we weren’t welcome in before. She’s knocked down those doors, and she’s only just begun,” her mom said.

Buckley told TIME that the Town Hall board — which includes notable figures like Harry Belafonte, Billy Porter, Judy Collins and Roxane Gay — unanimously voted for Knowles to be the inaugural Prize recipient; she’ll be sending her $100,000 award to Project Row Houses, a nonprofit based in her hometown of Houston.

And so Knowles took the stage to share her closing remarks at the end of the night in the same legendary space where Nina Simone, Bob Dylan, Billie Holiday and Leonard Cohen have shared their voices over the years. Horne’s most iconic role was that of Glinda the Good Witch in The Wiz; Knowles recalled playing that very same role as a child, and taking the song lyrics to heart — particularly for her When I Get Home project, released exactly one year ago.

“When I danced in the film trying to conjure up and crystallize the moment, I tried to channel the energy of Ms. Horne, her words all around me: ‘Believe that you can go home, believe you can float on air… If you believe, Oh, then you’ll be there,” she said. “With the echoes of those last lines, ‘Believe in yourself like I believe in you,’ I speak to little five year old me… I know it is no accident I stand in front of you tonight surrounded by the powerful legacy of Ms. Lena Horne continuing to guide me, and all of you present in this room.”

Earlier, Rapsody — a Grammy-nominated rapper who sings primarily about the experience of black womanhood — told TIME about what it takes to stand out as an artist-activist, and her advice to young women seeking to follow in the footsteps of figures like Horne and Knowles. “Don’t let anybody box you in and define your art. Whatever story you’re trying to tell, there’s somebody out there who can relate,” she said. 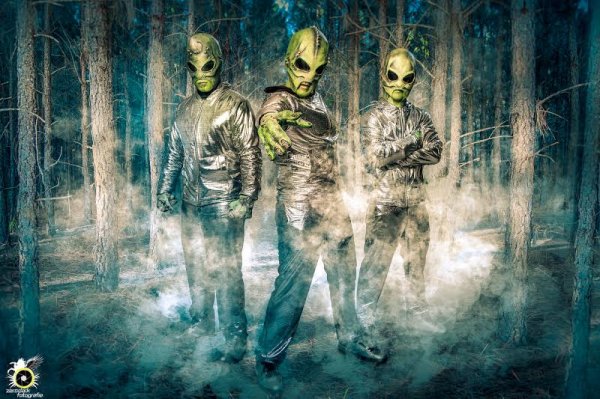 Meet the Alienstock Bands Canceling Tours and Making Area 51 Raid Music to Play for Their Biggest Crowds Yet
Next Up: Editor's Pick