A novel coronavirus that originated in China and has since spread to more than 20 other countries has dominated headlines across the globe since it was first announced in December 2019, as scientists and media outlets (including this one) scramble to understand the virus’ origins, trajectory and impact. The wall-to-wall coverage of the virus, known has 2019-nCoV, has been unusually heavy, even in comparison to other recent health threats, such as the Ebola outbreak in the Democratic Republic of the Congo (DRC) that began in August 2018 and continues to this day.

Throughout January 2020, the first full month of the 2019-nCoV outbreak, more than 41,000 English-language print news articles mentioned the word “coronavirus,” and almost 19,000 included it in their headlines, LexisNexis data show. By contrast, only about 1,800 English-language print news articles published in August 2018, the first month of the DRC outbreak, mentioned “Ebola,” and only about 700 headlines mentioned the disease.

“It’s just amazing how quickly word about this [coronavirus] has spread, the intensity of the coverage,” says Steven Miller, a professor at the Rutgers School of Journalism and Media Studies. “It seems to me that the coronavirus is being covered in more sensationalistic terms than Ebola in 2018.”

Paul Levinson, a professor of communication and media studies at Fordham University, says that’s in part because the coronavirus is brand new, so “nobody knows how the story ends” and everybody is hungry for information about what to do. By contrast, the DRC Ebola outbreak came two years after a widely covered West African outbreak lasting from 2014 to 2016. Plenty of unknowns remain about how to best treat the disease and contain an outbreak, but the virus had at least been seen before. “The 2018 coverage seemed to come and go very quickly, because in lots of people’s minds, it was a sequel,” Miller says.

The two viruses have also produced two very different outbreaks. Ebola, which causes a hemorrhagic fever that’s deadly in about half of cases, is incredibly potent but has been mostly contained to the DRC, where it has killed 2,246 of the roughly 3,500 people who have contracted it, according to World Health Organization (WHO) data. While the WHO declared the outbreak a “public health emergency of international concern” last year, Ebola has not spread far beyond the DRC. (The earlier West African outbreak was more widespread: It killed more than 11,000 people and spread to multiple continents.)

Meanwhile, 2019-nCoV, which causes symptoms similar to the flu, has killed about 2% of the 31,500 people it has infected so far, but has spread to more than 20 countries—including, crucially (at least in terms of understanding media coverage), the U.S. Any time an issue affects the U.S., the Western press kicks into high gear, Miller says.

“A lot of this says more about the relationship between the United States and China than the viruses themselves,” Miller says. Travel between the U.S. and China is common, and their economics and geopolitical interests are intertwined to a greater extent than those of the U.S. and the DRC. It’s not surprising, Miller says, that a mostly contained outbreak in the DRC got less coverage, since Africa often wrongly “becomes an afterthought” to Americans.

To some degree, the disparity in coverage also reflects learning from past mistakes, Levinson says. After the 2014-2016 Ebola outbreak, the U.S. press was criticized for overstating the possible threat to Americans. The more tempered 2018 coverage could partially reflect resulting cautiousness, he says. The 2020 coronavirus coverage is arguably excessive, too, but Levinson says it’s doing a valuable service by giving people the information they want, especially since there are concerns about China’s transparency and reporting standards.

Finally, the general news environment, and its reliance on social media, has changed even since 2018, Levinson says. “Literally, with every day that goes by, social media is becoming more and more important as conveyors of news and information in our lives,” he says. “It’s 24/7 coverage. Sometimes it’s even personalized coverage.” News outlets are increasingly finding new types of stories on social media—like first-person accounts from people on the front lines of a viral outbreak—and churning out more stories to compete in the saturated online news environment. 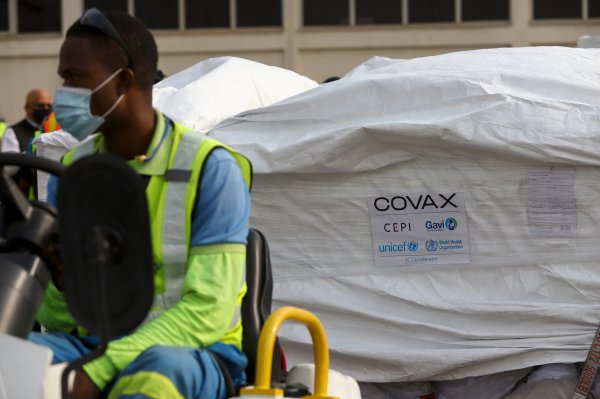