The second-worst Ebola outbreak in history has killed more than 1,500 people in the Democratic Republic of the Congo (DRC) since it began last August. And on Wednesday, nearly a year after the outbreak began, and in the midst of renewed concerns over its spread, the World Health Organization (WHO) declared the outbreak a public-health emergency of international concern.

The decision is meant to spur a stronger response from the international community in hopes of ending the outbreak, which has proved difficult to contain due to a humanitarian crisis DRC, attacks on health care workers and rampant misinformation within the country. Concerns of further spread were reignited last month when infected individuals died in neighboring Uganda after traveling from the DRC. The disease’s presence was also recently confirmed in the DRC city of Goma, which is considered a transport hub and is near the Rwandan border.

The declaration came at the recommendation of the International Health Regulations (IHR) Emergency Committee, which cited possible increased national and regional risks associated with the outbreak. At three prior meetings on the topic, the WHO declined to declare the outbreak an international public-health emergency.

While Ghebreyesus said Wednesday that he hopes countries continue to contribute funding to the response, the emergency declaration is meant as a call for strengthened and streamlined international effort to slow the outbreak, which has thus far infected more than 2,400 people. The IHR recommends that affected countries improve their preparedness for detecting and treating cases of Ebola, enhance screening and public education in key areas, minimize security threats and embrace the use of preventive tools such as vaccines.

The IHR does not, however, recommend that countries restrict travel or trade to the DRC, as “such measures are usually implemented out of fear and have no basis in science.” It also said screening at airports and other ports of entry outside the region is unnecessary.

Thus far, U.S. involvement in the Ebola outbreak has been fairly minimal, though the Centers for Disease Control and Prevention announced in June that it would activate an Emergency Operations Center in the DRC to help support outbreak response. The World Bank in May also pledged to release an additional $10 million, making a total of $20 million, from its Pandemic Emergency Financing Facility to help with response, in addition to $80 million from its International Development Association. Countries, including the U.K., have also recently promised financial contributions.

Ghebreyesus stressed that public-health funding must address not only existing outbreaks, but also the prevention of future ones. 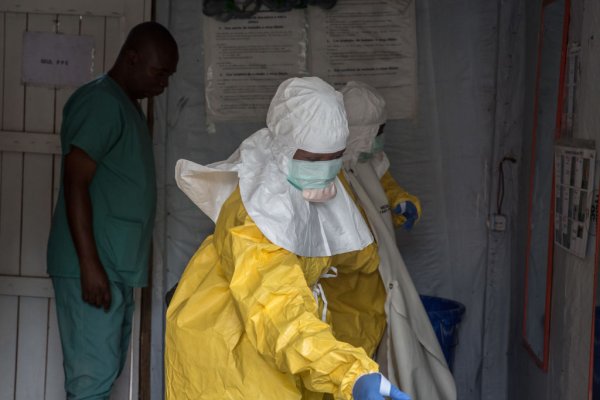