Leave it to Billy Porter to bring a conversation-starting look to the Grammys red carpet. The actor and performer showed up to the 62nd Annual Grammy Awards on Sunday night in a scene-stealing glittering turquoise suit. But the real show-stopping feature was Porter’s hat: a matching blue headpiece with a curtain of silver fringe that swept aside via remote control for a dramatic reveal.

Naturally, spectators couldn’t help but consider the potential alternative uses for the Pose star‘s look, which provides ultimate privacy to the wearer — and the element of surprise when the lampshade-like fringe parts. In a tweet, Porter noted the outfit was designed by Scott Studenberg, with the hat custom made by Sokol Millinery with mechanical engineering from Sm00th Tech. As usual, he worked with stylist Sam Ratelle.

Porter is no stranger to bringing meaningful, meme-sparking fashion to red carpets; in fact, he’s become a red carpet icon in the last few years, known for everything from tuxedo gowns to costumes emulating the Eygptian sun god Ra. But this one seems particularly well-suited for the internet to turn into a memorable moment — as Porter clearly was after. 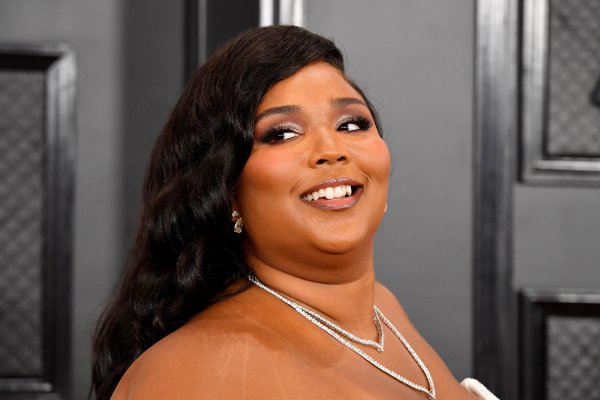 See All the Winners of the 2020 Grammy Awards
Next Up: Editor's Pick