A Comprehensive Guide to the Best Arthur Memes on the Internet

There are few memes that have proven to be as versatile online as Arthur memes. Using screenshots of memorable moments from the beloved ’90s PBS children’s show, Arthur, the memes combine familiar throwback images with relatable (and sometimes irreverent) sentiments, for an end result that’s proven to be a winning combination on the Internet.

It’s this formula of nostalgia and contemporary ennui or desires that have afforded the memes immense popularity online, where social media users (fans include everyone from LeBron James to Chrissy Teigen and John Legend, who have turned their love of Arthur memes into a running joke) rely on familiar characters from their childhood like Arthur, D.W., and Buster to help them express the issues they’re experiencing in the current moment.

“The generation that’s currently posting these things definitely grew up with the show and a lot of the themes that the show tackled kind of grander life lessons, bigger topics that people still deal with throughout their lives,” says Adam Downer, an associate editor at Know Your Meme. “Arthur is one of those formative learning shows that everyone watched as a kid and still remembers.”

While the first episode of Arthur aired on PBS in October 1996 and is still providing entertainment now in its 23rd season, the first Arthur meme infiltrated the mainstream online two decades later in the summer of 2016 with the viral popularity of the “Arthur fist meme,” where a close-up image of Arthur’s clenched fist was used to express frustration or anger.

The image of the cartoon fist paired with a quip on Twitter or Instagram proved to be the perfect way to humorously share how you really felt about a person or situation, something that resonated with many online, judging from not only the boom in Arthur fist memes, but the proliferation of Arthur meme accounts on Twitter and Instagram, Facebook pages, and Tumblr blogs. According to Downer, one Tumblr blog in particular, “Arthur Out of Context,” was a key instigator in helping to establishing the comedic value of turning Arthur scenarios into memes.

Taking Arthur out of context, while excellent fodder for Internet humor, also gave way to memes of a more adult nature, which became so popular that shortly after the Arthur fist meme, took off in July 2016, PBS responded with a meme of their own.

Less than a month later, PBS issued a statement about the ones that were not exactly kid-friendly.

“We appreciate the memes that have been created and shared in good fun,” they said via a network spokesperson. “We are, however, disappointed by the few that are outside of good taste.”

In his book The Discursive Power of Memes in Digital Culture: Ideology, Semiotics, and Intertextuality, Dr. Bradley Wiggins writes about how the Arthur fist meme’s capacity to be used as a reaction image meme can make it take on the messaging of whatever it’s presented with, which is why many may now immediately think of Arthur memes when they hear the literary aardvark’s name before they think about the show that inspired them.

“Once selected by digital culture to address an issue or concern, the meaning is altered,” Wiggins tells TIME, noting that this is why certain memes have more staying power than others.

This element of longevity, a quality that’s rare on the Internet (and particularly in social media spaces), where culture often moves at a breakneck speed, is also something that distinguishes Arthur memes from other entities online. While some memes can feel dated past a certain moment in time, Arthur memes feel perpetually relevant. Downer attributes this to the strength and development of the show’s characters and the presence of the show in people’s minds.

But for many, an Arthur meme might be more recognizable than the show itself, which is a testament to how influential they’ve become in the online space.

“Because it’s been memed for so long, it’s almost become a part of this meme language,” he says. “I don’t even think most of the people using Arthur memes even know which episodes the memes come from or have that much of a memory of the show beyond what they’re reminded of on Tumblr and Twitter. When people have singled out those moments and they continue to find them, they find new relevance for current times.”

A clear example of this in the unique moment we’re living through right now is the resurgence of popularity of a meme that features an image of DW holding onto a fence, while peering at something while wearing a pair of sunglasses. In the past, the image was often deployed to joke about spying on a romantic crush or partner, but in the age of the coronavirus pandemic, the DW fence meme has been used to express a longing for the mundane parts of daily routines that are no longer accessible due to social distancing, like a trip to the nail salon or barbershop or browsing at a store that’s now considered “non-essential.”

The recent revival of the DW fence meme, however, is a good reminder of the purpose that not only the Arthur memes, but all good memes serve: to bring a little laughter and a little joy to the Internet. With that in mind, here’s a comprehensive guide to the best Arthur memes on the Internet.

The meme that catapulted Arthur memes to widespread popularity, the Arthur fist meme demonstrates that showing your frustration or anger in a situation can be as subtle as clenching your fist.

As Arthur’s sassy little sister, DW epitomizes many strong moods, but her stealthy observation behind a chain link fence might just be one of the Internet’s favorites.

This meme originated from a clip where Arthur appears to be wearing a pair of conventional human headphones; however, since his ears as a cartoon aardvark are on the top of his head, the headphones serve no purpose. As a result, it soon became Internet shorthand (at least in the world of memes,) for not listening to someone.

Feeling (and looking) tired is, unfortunately, always relatable, which is why this D.W. meme remains a favorite of the Internet.

In an especially memorable episode of Arthur, D.W. makes the case that a sign on Arthur’s room that says “Arthur’s Room. D.W. not allowed,” doesn’t apply to her because: “That sign can’t stop me because I can’t read.” It’s now become a universal symbol online for willful ignorance.

There’s no feeling like getting a fresh fit, which is why this meme of Arthur in a hip new outfit resonates.

For anyone who’s become an amateur investigator when it comes to doing research on the Internet, this meme is for you.

Sometimes you’re just not impressed with someone or something, which is a perfect moment to use this apt D.W. meme. 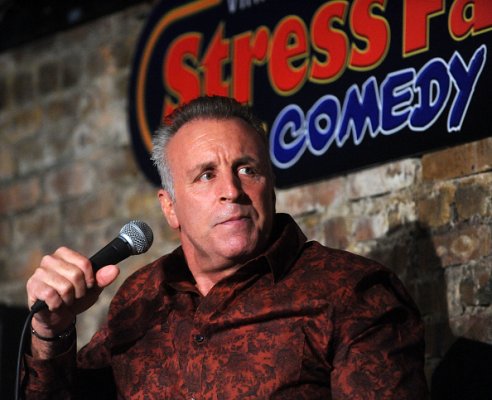 ‘Please Wake Up.’ The Guy From That Rage-Filled Coronavirus Rant Has a Message for the Government
Next Up: Editor's Pick