It’s a well-established fact that when it comes to trolling John Legend on the Internet, Chrissy Teigen takes the cake. However, the Twitter fairy godmother and avowed nemesis of Donald Trump took her social media teasing to the next level when she revived the viral Arthur meme and skewered her husband—all in one move.

In an Instagram post, Teigen shared a snap of her adorable daughter with Legend, Luna, holding a stuffed doll of the cartoon character Arthur, captioning it “Luna and Daddy.” Arthur, if you need a refresher, is both a beloved children’s book and media character, and the subject of many a meme. The viral popularity of the Arthur meme made the Internet and Teigen realize that Arthur bears a strong resemblance to Legend, something that Teigen used to expertly troll her husband now.

Later, in her comments, Teigen took it one step further by telling her followers that the doll was actually hers as a child and that “maybe I’ve been attracted to Arthur my whole life and now I found my real life human one.”

To that, Legend only had a monosyllabic response: “Wow.”

This isn’t the first time that Teigen’s used the Arthur meme to troll Legend. When the web first alerted her to their resemblance, she had the perfect response.

Legend, for his part, has a pretty good sense of humor about it. His Twitter bio ends with the statement, “no relation to Arthur,” and he even poked fun at himself by dressing like Arthur for a Google commercial. 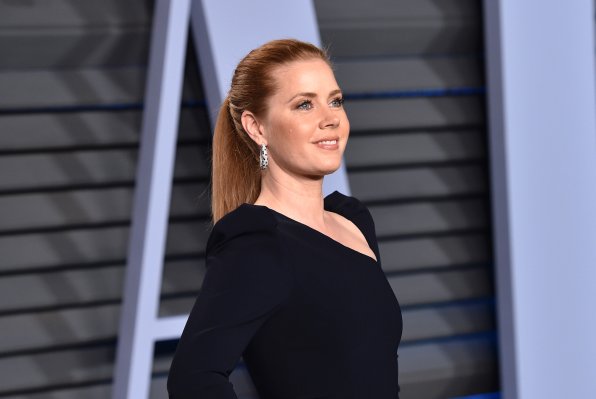 Amy Adams Wants Equal Pay for All Women: 'I Know What My Truth Is, I Know What I Fight For'
Next Up: Editor's Pick