What Does 'Pansexual' Mean? Behind the Rise of the Word

In early January, British lawmaker Layla Moran announced on Twitter that she had fallen in love with a woman. “Something I’d never even considered before,” she wrote. “Now I am just happy #Pansexual #OutAndProud.”

Some people responded to Moran’s coming out with congratulations. Others mocked her. And a few had questions, including “What’s pansexual?”

There is never a single, definitive answer to a question about a term that has highly individualized meaning, but as the word pansexual has become increasingly popular, themes have emerged.

In an interview, Moran said that, to her, pansexuality meant falling in love without consideration of the person’s physical attributes or gender identity. LGBTQ media advocacy organization GLAAD defines being pansexual as having the capacity to be attracted to people “of any or all genders.”

In a past interview with TIME, one person described being pansexual by saying, “I can potentially fall in love with anybody who is cool.”

What’s the difference between being pansexual and bisexual? To some, pansexual feels more expansive. There are hundreds of terms now in use to describe where people have found themselves on the spectra of gender and sexuality; the word suggests a lack of limitations, whether the potential partner considers themselves to be female or male, nonbinary or agender or anything else.

Adopting the label can also feel like a way to reject the idea that one’s romantic and sexual inclinations must be determined by gender in the first place. When explaining to TIME in a past interview why she viewed herself as pansexual, the singer Miley Cyrus said, “I just never would want to miss out on an opportunity to share love and to share time with somebody because of their gender. It just means nothing to me.”

GLAAD’s Megan Townsend, who helps advise media outlets on how to cover the bisexual community, says that the term bisexual can be just as inclusive, and that the prefix bi- is misleading. She describes pansexuality as living under the “bisexual umbrella” and distinguishes the labels, in part, by how much gender tends to matter to the individual. A bisexual person is attracted to people of their gender and at least one other gender, she says. Pansexual, meanwhile, suggests “gender is not even really a thought.”

The word pansexual isn’t new: It’s been in use since at least 1969, according to the Oxford English Dictionary. But it is increasingly easier to find in mass media, research and high-school-hallway conversations. In publications monitored by OED researchers, the word pansexual cropped up 13% more in 2019 than 2018.

Part of that is celebrity and entertainment chatter. Along with Cyrus, the performer Janelle Monáe has embraced the term, as has the actor Bella Thorne, who said it means, “You like what you like.” A lead character in comedy Schitt’s Creek is openly pansexual, along with at least three other characters in three other TV shows. Discussions of pansexuality — and discussions of those discussions — have arisen in reference to the Star Wars universe (See: Donald Glover’s Lando Calrissian) and superhero franchises (See: Ryan Reynolds’ Deadpool).

But the visibility of the word is also thanks to rank-and-file youth taking it up. After LGBTQ students continued to describe their sexual orientation as pansexual in surveys conducted by youth advocacy organization GLSEN, researchers added it as its own category, alongside terms like gay and lesbian. In a recent report, from 2017, 20.5% of the more than 20,000 LGBTQ middle and high school students surveyed by the organization identified as pansexual. That number was up from 16.9% in 2015.

While some social conservatives have dismissed identities like pansexual as “foolishness” or posturing “in a time when the entertainment industry says it’s cool to question your gender identity,” many academics say that there is more natural variance in people’s feelings and experiences than is captured by a choice between this or that.

Pan-, a prefix that means “relating to the whole of the universe” comes from Greek. “Latin and Greek have long served as languages of medical and legal authority in English,” explains OED’s Jeffrey Sherwood, “so a bid for authority about one’s gender or sexual identity would do well to couch itself in such a register.”

GLSEN researcher Caitlin Clark says that, at least in youth populations, it’s fair to describe the label as becoming mainstream. “It is taking longer for older folks to come to an understanding of pansexual as a valid and legitimate identity,” she says. “Youth are leading the way on this, as they are doing in many different contexts.” 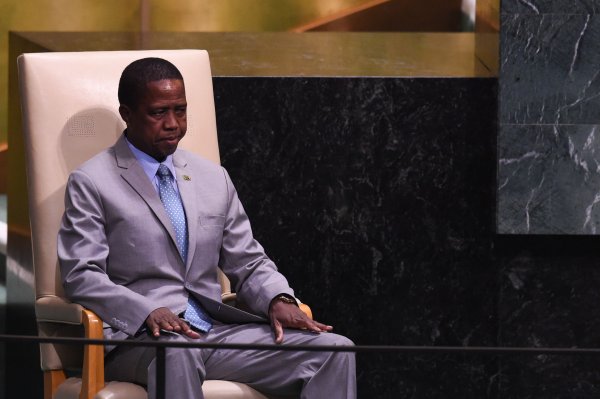