This Is What 'Cisgender' Means

Cisgender is a word that applies to the vast majority of people, describing a person who is not transgender. If a doctor announces, “It’s a girl!” in the delivery room based on the child’s body and that baby grows up to identify as a woman, that person is cisgender. Similarly, a baby designated male in the delivery room who grows up to identify as a man is cisgender. This is the case for about 99% of the population, at least according to the best available statistics.

The word exists to serve as an equal to transgender. Author Julia Serano says the best parallel is to homosexual and heterosexual. “There was a time when there were homosexual people and everyone else was considered to be the ‘normal’ people,” she says. “Now people think of themselves as straight or heterosexual.” That adjective probably applies to about 95% of the population, though people perceive the heterosexual population as being much smaller.

The prefix cis- is Latin meaning “on this side of,” whereas trans- means “on the other side of.” While trans-atlantic means “on the opposite side of the Atlantic Ocean,” an American could describe New York or Virginia or the Rocky Mountains as cis-atlantic. In general, there aren’t too many places outside of a dictionary or chemistry lab where one would likely see the prefix being used, but cisgender is seeing an uptick in use.

(MORE: This Is What Intersex Means)

In 2013, Oxford Dictionaries—the branch of Oxford that deals with modern usage, words we’re using now and how we use them—added cisgender to their ranks. Stephen Colbert joked in June that he is “cis-white,” because “I’ve always been comfortable with my birth race.” And in February, Facebook added no less than 10 “cis” terms among their expanded options for gender, ranging from plain cis to cis male to cis woman. This graph from Google Trends shows how often people have searched for the term over time:

People who use the word to describe themselves are often sending two messages: A) I’m hip to gender politics and B) I believe people are all the same when it comes to being normal and legitimate, even if their experience of gender identity is different. But there is no consensus on who should use the term or when. Mara Keisling, executive director of the National Center for Transgender Equality, believes that trying to introduce the word cisgender into more vocabularies when many people still don’t really understand transgender is counterproductive for their cause. “It does not help us as advocates,” she says, “changing the language.”

Other leaders in the trans community, like Serano, feel the word is useful in spreading the idea that even if the vast majority of people are not transgender, they too have a gender identity; it’s just not one that is challenged or questioned. No one should have to identify themselves as cisgender all the time, just as “people don’t go around all the time thinking of themselves as a straight woman or a heterosexual man,” she says. “But it becomes useful when you’re talking about the ways in which people are treated differently in society.” 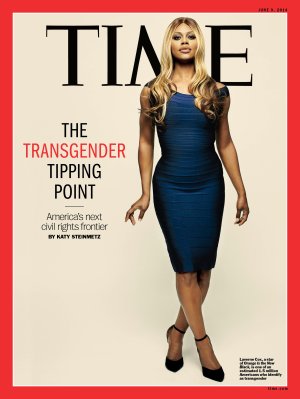 Why It's Best to Avoid the Word 'Transgendered'
Next Up: Editor's Pick