Why ‘Mostly Straight’ Men Are a Distinct Sexual Identity

Daniel Grizelj—Getty Images
Ideas
By Ritch C. Savin-Williams
Savin-Williams is a professor emeritus of development psychology at Cornell University and the author most recently of Mostly Straight: Sexual Fluidity Among Men.

We hear a lot about the Big Three Sexualities — straight, bisexual and gay. Most of us assume that these three orientations encompass the universe of sexual identities. But there is a new kid on the block: The mostly straight male.

To the uninitiated, mostly straight may seem paradoxical. How can a man be mostly heterosexual? If you’re a young man, you might assume that either you’re straight or you’re not, meaning you’re likely gay and maybe bisexual. Yet the evidence suggests that more young men identify or describe themselves as mostly straight than identify as either bisexual or gay combined.

A 2011–2013 U.S. government poll found that among 18- to 24-year-old men, 6% marked their sexual attractions as “mostly opposite sex.” That’s nearly 1 million young men. Yet when these men were forced to choose between straight, bisexual or gay, about three-quarters marked straight because for them bisexual, even if it is understood as “bisexual-leaning straight,” is too gay to accurately describe their identity. Given such constraints, these young men were left with no place to truthfully register their sexuality, thus forcing them to be less than honest.

For my book, I spoke with 40 mostly straight young men, some over the course of several years. They were a very diverse group. In high school, they were hipsters, jocks, nerds, druggies, skaters, class clowns, burnouts and straight-laced achievers. Long hair, short hair, clean-shaven, bearded, tattooed, pierced, muscular, lanky, hyper and pudgy. They wanted to change the world, fit in, drop out, go into medicine, advocate marketing strategies, fight for social justice, write novels or be unemployed, and many have no clue what they’ll do.

Talking to them, I found that in the most general sense, a mostly straight young man is sexually and/or romantically distinctive; we might say that he’s fluid or flexible, supposedly uncharacteristic of male sexuality. Traditionally, our understanding has been that if you’re male and have even a slight attraction to the same sex, then you must be gay. Even if this isn’t immediately apparent, we tell men, it will become so once you come to terms with your true self and exit your “phase” of bicuriosity or questioning. Women, by contrast, we give more space to be sexually fluid, as the sizeable literature on the subject attests.

The mostly straight man belongs to a growing trend of young men who are secure in their heterosexuality yet remain aware of their potential to experience far more. Perhaps he’s felt attracted to or fantasized about another guy to a slight degree or intermittently. He might or might not be comfortable with this seeming contradiction, a hetero guy who, despite his lust for women, rejects a straight label, a sexual category and a sexual description that feels foreign. He’d rather find another place on the sexual/romantic continuum, some location that fits him more comfortably.

He feels his same-sex sexuality internally more than he lives it externally. Perhaps if his culture were not so stigmatizing of same-sex sexuality he might be more inclined to express himself through tangible expressions of sex or romance — not frequently but occasionally.

He’s not transitioning toward identifying as bisexual or gay. He’s not a closeted gay man who fears being gay yet wants to keep a slight, perhaps secretive, gay side by dangling his potential for guy sex. He’s not saying, “I’m available for guys who want to have sex with a straight guy” while enjoying the privileges afforded to heterosexual men in our society. He’s not an equal opportunity bisexual in disguise trying to hold out hope for straightness, nor is he afraid to identify as bisexual because of societal stigma and prejudice. He is not a disgruntled straight man tired of sex with women, nor is he necessarily unhappy or frustrated with the availability of heterosexual sex. He may retreat from a full identification with heterosexuality, but rarely does he gravitate toward bisexuality, and almost never does he move toward homosexuality of any sort. Thus, he is a closer cousin to straight guys than to traditional bisexual guys.

“Mostly straight” is a category that was not readily available to previous generations of men. A 2015 survey revealed striking contrasts across age groups. One question asked, “Thinking about sexuality, which of the following comes closer to your view?”

A majority of millennials endorsed the second option, which means they believe in a spectrum of sexuality. Adults from other generations preferred the first, which signifies a two-category approach — straight, not straight — to sexuality.

Millennials were also less likely than other groups to label themselves as “completely heterosexual.” And even among those who identified as straight, they were more likely than their parents’ generation to respond to the following three questions with “Very unlikely, but not impossible” or “Maybe, if I really liked them.” The lead-in was, “If the right person came along at the right time…”

To each of these questions, their parents’ generation overwhelmingly responded with “Absolutely not.”

Identifying as mostly straight is now largely possible because the millennial generation is adding new complexity to sexual and romantic relationships. The New York Times branded the cohort as “Generation Nice.” What does nice mean? Contrasted with previous generations, young people today are more confident, connected, introspective, and open to change. They’re skeptical of traditional institutions and ways of viewing the world, and they are willing to improvise solutions that are both creative and good for the environment and future generations. As adolescents and young adults, they are happier and more satisfied with their lives than previous generations. They express liberal, progressive attitudes toward religion and race relations, social policies and sexuality.

How do these values and practices play out in the future? Well, if we are prepared to accept mostly straight as a fourth sexual identity, we gain an increasingly nuanced understanding of sexual orientation — and its close cousin, romantic orientation. We won’t stop at four; no doubt we will soon recognize additional sexual identities — which might be yours. 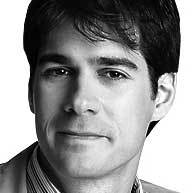 Hello, I Must Be Going
Next Up: Editor's Pick