Jennifer Lopez‘s career in entertainment spans over three decades, during which she’s left her mark as a formidable triple threat.

From dancing as a Fly Girl on In Living Color to her breakthrough role in Selena to her most recent turn now as the fierce veteran dancer Ramona in Hustlers, Lopez had a wide range of roles over the years. During this time, she’s also sported a variety of memorable and at times, iconic, red carpet looks that have become cultural touchstones in their own right. Consider the dramatic green Versace dress with a plunging neckline that Lopez wore to the 2000 Grammys, a look so show-stopping and furiously searched for online, that it inspired the creation of Google images. Or look at the draped gold gown that she wore to the 1998 Golden Globes that rivaled the hue of the night’s coveted trophies.

All eyes are on Lopez this awards season and the 77th annual Golden Globes is no exception, here’s a look back at her best and most outrageous red carpet looks, from the Grammys to the Met Gala.

Call it the dress that broke the Internet — when Lopez appeared at the Grammys in this stunning green Versace dress, searches for her look were so high that it inspired the creation of Google Images.

A leather maxi skirt paired with a metallic mesh backless halter was one of Lopez’s most playful looks.

Jennifer Lopez arrives on the red carpet for the 69th Annual Academy Awards on March 24, 1997 at the Shrine Auditorium in Los Angeles, California.
Jeffrey Mayer—WireImage/Getty Images

Lopez channeled Old Hollywood at her first Oscars in 1997 with a delicate beaded lace dress from Badgley Mischka.

Lopez debuted one of her most memorable outfits, a crop top from her then-boyfriend Diddy’s fashion line, Sean John and a pair of matching hip hugger jeans. Accessorizing with a bejeweled belt, body jewelry, big hoops and a bandana completed the now-iconic outfit.

Lopez matched her eyeshadow shade to her demure pistachio-colored, one-shouldered Valentino gown at the 2007 Academy Awards.

Lopez’s glow rivaled that of the coveted statuettes at the 2009 Golden Globes when she showed up in a dramatically draped gold Marchesa gown.

Lopez stole the show at the 2010 Oscars with her impeccably tailored and very structural light pink Armani Privé gown.

Lopez turned heads on the red carpet with her elegant yet daring Chanel gown, which featured a sheer bodice and full ballgown skirt.

Jennifer Lopez attends the "China: Through The Looking Glass" Costume Institute Benefit Gala at the Metropolitan Museum of Art on May 4, 2015 in New York City.
Getty Images

Lopez teamed up with longtime favorite designer Donatella Versace for this sheer, body-hugging gown for the annual Met Gala.

Lopez went for a retro look in a dramatic Giambattista Valli gown and matching capelet the color of sunshine.

Lopez made a case for oversized bows with her pretty lilac gown; the plunging neckline and high-cut leg slit helped keep the dress from veering into saccharine territory.

It was impossible to look away from Lopez when she showed up to the world premiere of her film, Second Act, in a voluminous hot pink Giambattista Valli gown with a train that took up most of the press line.

Lopez paid homage to the ’20s at the 2019 Met Gala with a shimmering embellished Versace gown and matching headdress.

Lopez knew how to make an entrance as Ramona in Hustlers. Of course, the same is true in life. So perhaps it shouldn’t surprise us that she showed up to the 2020 Golden Globes red carpet in green and gold, the colors of dinero. Her gown was topped off with an oversized bow bigger than her 2017 Grammys look. This was fitting, considering her performance as Ramona was a gift to us all.

The fact that she was “gifting” us with her presence was not lost on viewers either. 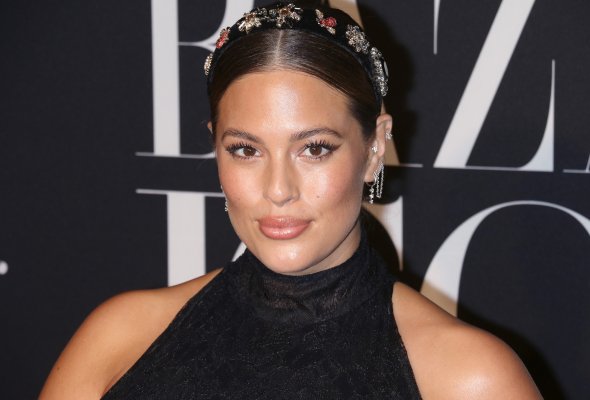 'I Own the Narrative.' How Ashley Graham Is Using Her Podcast to Put Herself on the Line
Next Up: Editor's Pick