Venice is reeling from the worst flooding the city has experienced in 50 years, the city is “on its knees,” Venetian Mayor Luigi Brugnaro tweeted as water submerged much of the the famous historical city. The floods penetrated Saint Mark’s Basilica, a 1,000 year old church that is considered to be one of the finest examples of Byzantine architecture in the world and one of the city’s most famous landmarks.

While floods are a normal part of life in Venice, which is famously built on a lagoon at the edge of the Adriatic Sea, they have never happened with such frequency before. Experts say that climate change is likely to blame. But putting in place protective measures has proven difficult and ironically, the Venetian council voted against a measure to fight climate change just a few moments before their chamber flooded.

Flooding is just one of the many impacts from climate change that is being experienced with more frequency and globally it threatens many vulnerable areas and regions. There is a threat that is not often considered say experts — the damage from climate change to the world’s heritage. Natural and man-made heritage sites throughout the world are in danger of being fundamentally altered, damaged or destroyed by climate change.

Climate change will impact these sites in radically different ways. Some will be hit by flooding, like Venice, others by other extreme weather events or rising temperatures. For instance, George Town, the capital of the Malaysian state Penang faces rising sea levels, landslides and more severe typhoons, whereas the Yellowstone ecosystem in the western United States faces melting snows, more frequent wildfires and a changing ecosystems.

Changes in the ocean will have a profound impact on many of these sites. Warming waters threatens to kill much of the coral in the Great Barrier Reef, while rising sea levels threaten to wash away many of the world’s great archaeological sites — including the Neolithic village Skara Brae in Scotland.

Experts say that the solutions to saving these sites will be varied, although many will be very expensive.

Mechtild Rossler, Director of the World Heritage Centre, tells TIME that countries need to work together to share strategies for protecting heritage sites. UNESCO, for instance, enables countries to “exchange experiences of things that have worked – and things that have not worked.”

Adam Markham, the deputy director of the Climate & Energy program at the Union of Concerned Scientists, tells TIME that if the world wants to save these sites, countries will also need to share financial resources. Although a city as famous as Venice can likely expect massive international support, lesser-known sites may face greater challenges raising money.

“If cities have the engineering structure and the funds available, then they can do a lot to hold it back,” Rossler says. “But particularly in developing much money to manage these cities or these historic sites, they are either dependent on international aid or they’re just not going to be able to adapt.”

To take a closer look at this issue, TIME looked at how the following World Heritage Sites which are in harm’s way because of climate change — and at how scientists, park employees and archaeologists are working to save them.

Few places in the world are as threatened by climate change as Venice. As the city is built on marshland at the edge of a lagoon, its existence has always required maintaining a careful balance between the city and the natural world. But in recent years, climate change has threatened to throw off the balance.

A room in the flooded Gritti Palace is pictured during an exceptional high tide in Venice on Nov. 12, 2019.
Marco Bertorello—AFP via Getty Images

Venetians have always lived with flooding, often caused by the phenomenon known as “acqua alta” — high water — which are unusually high tides. However, these types of floods used to be relatively uncommon, because the Mediterranean historically has not had significant tides. However, as sea levels rise, these types of tides — and the flooding they cause—have become more common. This November, Venice experience a record three “acqua alta” events in one week according to the Associated Press.

Chiara Bertolin, an associate professor at Norwegian University of Science and Technology, says that the filthy, salty water can get into the precious materials that make up Venice’s buildings and monuments and cause them to expand, crack – or even bubble and explode.

“When salt permeates the materials of these buildings, it crystallizes, and ascends vertically once the weather gets drier,” architect Kobi Karp told Architectural Digest.

Bertolin says that the historic nature of the buildings means that they cannot just replace them with materials that are more resilient and this can make it difficult to take adaptive measures “You need to clean them slowly—very slowly—and not force it to dry,” says Bertolin.

Markham says that one of the frustrating things about Venice is that it already invested billions of dollars in a project — MOSE — erecting 78 floodgates in the Venice lagoon. But while the project was supposed to have been completed back in 2012, it has been delayed by technical issues, bureaucracy and alleged corruption.

“They need to get their act together and at least try it,” says Markham. He warns that no matter what, Venice is likely to lose some of its historic buildings. Water is getting higher and higher into the buildings, and can compromise their foundations, undermining their structural integrity.

“I think there will always be some degree of flooding in Venice. The question is, does that flooding become catastrophic that you just can’t maintain the buildings as they are now,” says Markham.

Skara Brae in the Orkney Islands

Climate change is also threatening archaeological sites around the world. Some of the most vulnerable sites are those along coasts — such as the Neolithic village Skara Brae in Scotland’s Orkney Islands. The village was inhabited from 3200 to 2200 B.C.E., overlapping with the period when Stonehenge was built.

Markham says what makes Skara Brae special is that while most European villages of its age were made of wood, the village at this particular site was made from stone. That means it’s possible to get a better glimpse of how people actually lived —such as the stone bench where they sat, and the remains of their hearth.

Neolithic Buildings are seen at Skara Brae in the Orkney Islands, Scotland on Sep. 25, 2019
George Sargent—REUTERS

Archaeological sites can sometimes be even more vulnerable after they’re discovered because they are open to the elements, Rossler warns. However, in Skara Brae’s case, the biggest danger is that it could be “literally washed away,” she says.

While there’s a sea wall protecting the site, it’s unstable and could eventually be breached; the area not protected by the wall visibly erodes after storms.

“You could wake up one day and it won’t be there,” says Markham.

Scientists are working to measure the extent of the danger to the Skara Brae site. Experts say that some coastal sites could potentially be protected by sea walls, breakwaters and dune restoration. But because there are so many coastal sites just in Scotland, experts warn that it’s protecting them all could be too expensive and take too much time.

Protecting a large natural space like Yellowstone, which encompasses 12 to 22 million acres (depending on how you measure) in Wyoming, Montana and Idaho, is different than protecting a city or historic landmark. Yellowstone isn’t going to be swept into the ocean and vanish, but Markham warns that it could look very different as it is altered by climate change, although the changes may be too slow for most visitors to immediately notice. Over time, the composition of plants and animals that live in the park is expected to change — which may mean the land has less forest and more scrub.

“It’s still going to be an amazing ecosystem, but it’s going to be a slightly different ecosystem,” Markham says. He warns that the scientists and park rangers who want to protect it will have to “go with the flow” as the ecosystem changes.

Changes in the climate can have a domino effect that reaches many aspects of the ecosystem both in the park and in the surrounding region. For instance, changes in snow accumulation and melting rates can reduce the flow of water in rivers that communities outside the region depend on for drinking, agriculture, energy and other purposes. Alterations in the flow can affect fish spawning, and encourage invasive species to expand.

The U.S. Park Service is working to make Yellowstone National Park more resistant to climate change. For instance, as beetles and fungus have damaged the park’s whitebark pine trees, scientists have worked to plant whitebarks which can better resist the fungus. However, whitebark pines are likely to be pushed to higher elevations as temperatures rise, according to NASA’s Earth Observatory.

George Town, the capital of the Malaysian state Penang

As the globe warms, scientists say that unusually strong hurricanes may become more common. In combination with rising sea levels, this is especially threatening to historic neighborhoods in many cities, which were often built low and sit close to the sea.

Muslim women enjoy the sunset in one of the Clan Jetties villages, in George Town, Penang Island, Malaysia, in January 2019.
Oleksandr Rupeta—NurPhoto via Getty Images

George Town, the capital of the Malaysian state Penang, is in danger because its historic area is low. The city, which was a colonial town and trading hub, was famed for its multicultural heritage, including unique and varied architecture. However, the buildings are made of wood, which means that they’re susceptible to rotting and insect damage if they get wet. Heavy rainfall, as caused by typhoons, can also lead to landslides, which can flow downhill towards historic areas and the people who inhabit them.

To address flooding, Penang has announced plans to implement a “sponge city model,” which aims to absorb water through permeable surfaces. The project proposal would include connecting green spaces to help soak up and clean runoff and constructing water retention areas and rain gardens. China has also announced plans to implement such sponge city technologies in cities across the country.

Few world heritage sites are more vulnerable to the affects of climate change than the Great Barrier Reef northeast of Australia. Coral around the world is increasingly undergoing “bleaching” — going white — which can cause mass die-offs. Corals bleach when under stress, especially from higher temperatures. Researchers have found that there has been an 89% decline in the spawning of new coral in the Great Barrier reef and the situation is likely to only get worse.

Coral off the Keppel Group of islands in the Southern Great Barrier Reef, in Feb. 2016.
Gary Farr —Greenpeace

“Either way, we’re going to lose a lot of coral reefs and much of the Great Barrier Reef will be amongst them,” says Markham.

Australia has launched an effort to help protect the reef, which includes a plan to combat a coral-eating starfish and an initiative to curb runoff. But Markham says that there’s really only one way to actually save it.

“If you talk to the coral reef biologists who are actually there…The only way we can save the Great Barrier Reef is by slowing global warming,” says Markham. “Coral reefs will be totally devastated by climate change. There’s just no doubt about that.” 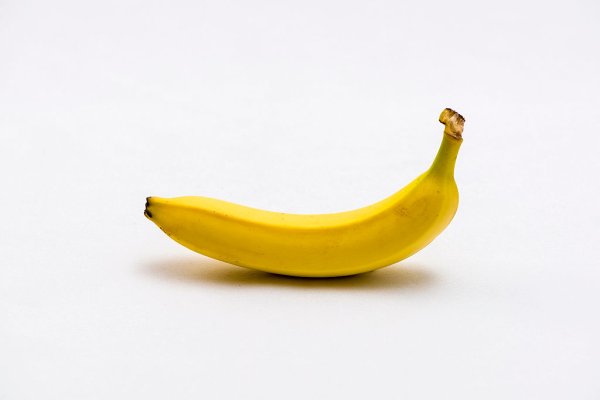 What We Can Learn From the Near-Death of the Banana
Next Up: Editor's Pick