Coral Reef Conditions Are About to Get a Lot Worse

Last year was a devastating one for coral reefs around the globe, but according to new research, it may have been just the tip of the iceberg.

A new study published in the journal Nature Scientific Reports shows that coral bleaching—a process that sometimes precedes death where corals lose their color—will affect 99% of reefs each year by the end of the century if current climate change trends continue.

“We are going to need to be much more innovative and proactive if we want to see coral reefs thrive into the next century,” says study co-author Gabby Ahmadia, a marine scientist at the World Wildlife Fund (WWF). “Conventional conservation is not going to cut it against the impacts of climate change.”

Read More: The Great Barrier Reef May Soon Be in Worse Shape Than Scientists Thought

Bleaching occurs when corals face unusual levels of stress from any of a number of sources including polluted water and other disturbances. Still, high water temperatures due to man-made global warming remains the primary cause in most cases and will be the driving factor going forward.

Coral reefs faced the biggest die-off ever recorded last year, thanks largely to a strong El Niño event aggravated by climate change. One study conducted last summer found that more than a third of corals died in some regions of the Great Barrier Reef, just one of many affected.

Countries from across the planet agreed with the Paris Agreement in 2015 to work to limit global temperature rise to 2°C (3.6°F) by 2100 with an ideal target of 1.5°C (2.7°F). But, even if countries meet their commitments under the agreement, more than 75% of the world’s coral reefs will bleach each year by 2070, according to the new research. 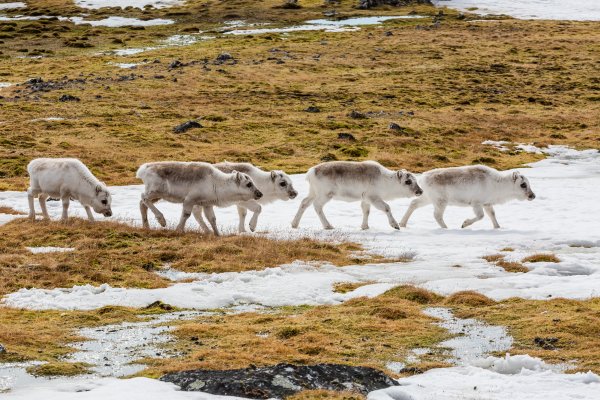 How Reindeer Could Help Slow Climate Change in the the Arctic
Next Up: Editor's Pick