People all across the U.S. have been sweating through heat waves this summer, and new research suggests they should get used to it.

Over the next century, climate change will likely make extreme heat conditions—and their concordant health risks—much more frequent in nearly every part of the U.S., according to a paper published in the journal Environmental Research Communications. By the end of the century, it says, parts of the Gulf Coast states could experience more than 120 days per year that feel like they top 100°F.

The study was conducted by researchers from the Union of Concerned Scientists (UCS), a nonprofit that uses science to address large-scale problems such as climate change and sustainability. The study was also funded in part by UCS, and in part by a number of other foundations that support environmental protection work. The UCS researchers used historical temperature and humidity data and a range of different climate projection models to calculate the number of days expected to meet National Weather Service thresholds for potentially dangerous heat moving forward.

While the hottest parts of the U.S. already experience plenty of Heat Index 100 (HI100) days per year, they’re infrequent or virtually non-existent in cooler regions; Heat Index 105 (HI105) days are even more rare. But according to the study’s projections, that won’t be the case for long.

Even under relatively conservative modeling conditions, the country-wide number of HI100 days could double, and the number of HI105 days could triple, by the middle of this century, the paper says. While the Southeast and Southern Plains regions look likely to bear the brunt of this heat, only high-altitude areas in the Western U.S. would dodge these heat waves completely

If the U.S. doesn’t make substantive progress toward reducing drivers of climate change, such as greenhouse-gas emissions, heat waves will be a near-constant part of life in many parts of the country by the end of the 21st century, the paper predicts. HI100 days could quadruple nationwide and HI105 days could increase eight-fold, the authors write.

While state- and federal-level policies meant to reduce greenhouse-gas emissions are key to curbing the effects of climate change, there are also changes individuals can make. Cutting back on food waste and choosing sustainable food sources can make a large impact in the U.S., as can walking, biking or taking public transportation instead of driving whenever possible. 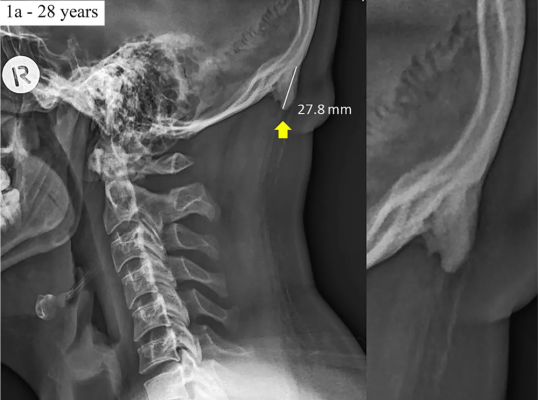 No, Smartphones Aren't Causing 'Skull Horns' in Teens
Next Up: Editor's Pick