Football is full of unexpected action, but perhaps never more so than on Monday night when a black cat with superior athletic skills jumped into the game to offer a little more hustle.

If you were looking for an alternate player to step in during the second quarter of the showdown between the Dallas Cowboys and the New York Giants, fans didn’t have to look too far thanks to this showoff of a domestic cat who raced on to the field to score a casual “touchdown.” Announcer Kevin Harlan didn’t even miss a beat the moment the cat hopped onto the field and straight into the end zone — quickly equating the feline with two quick-footed human running backs in the game.

“Policemen and state troopers have come onto the field, and the cat runs into the end zone! That is a touchdown!” Harlan told the audience. “And the cat is elusive, kind of like [Saquon] Barkley and [Ezekiel] Elliott!”

The Cowboys won, beating the Giants by the score of 37-19. But no matter whose side you are on, the cat won hearts as the one true star player of the night at MetLife Stadium in East Rutherford, N.J.

“Black Giants cat” — as he was quickly dubbed — is already scoring acclaim from high places. Just look at this confident kitty, already certain the sponsorship deals will roll in.

There’s no denying the internet is smitten with this kitten. This cat may just be destined to be a ferocious mascot. Case in point: Black Giants cat is having a great season already, collecting fans left and right. And the stats bear it out.

People got fancy with the praise, as black cats have a reputation. Everyone’s invested in the Black Giants cat’s next steps.

Both the Dallas Cowboys and the New York Giants have weighed in, naturally.

According to a statement from MetLife, they’re trying to find and safely capture the black Giants cat to take it to the vet.

And the move was immortalized in the game notes.

Of course a genius did this with the Woman Yelling at Cat meme.

And a Photoshop battle was launched. 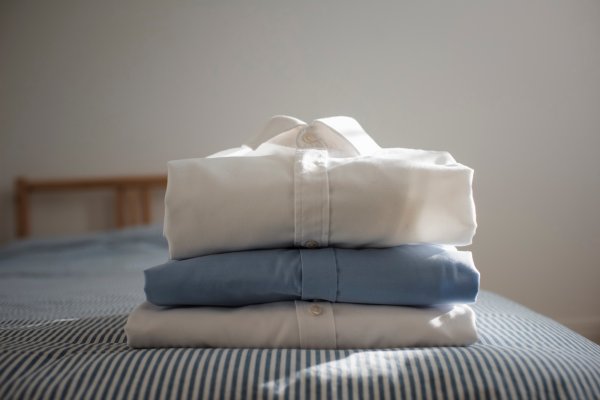 The Sheer Joy This Man Feels About Folding a Shirt Correctly Is the Purest Thing You Can See Today
Next Up: Editor's Pick