Cats are animals revered for their ability to be coolly aloof in all situations, something that was on full and unapologetic display for a pair of cats that got into a hilariously petty (and one-sided) cat fight.

In a surveillance video clip shared by the cats’ owners on Twitter, the two cats can be seen lounging by the side of a pool. The first cat sits serenely looking at the water, while the other one sneaks stealthily behind it before charging its fellow feline, pushing them into the water with a quick and decisive nudge. A following tweet revealed that the push into the water was not an isolated incident, but calculated revenge; in another video clip, the cat that was pushed into the water appears to nibble on the other cat before shooing them away from a table space where they are lounging.

See these playful kitties get their licks in below. 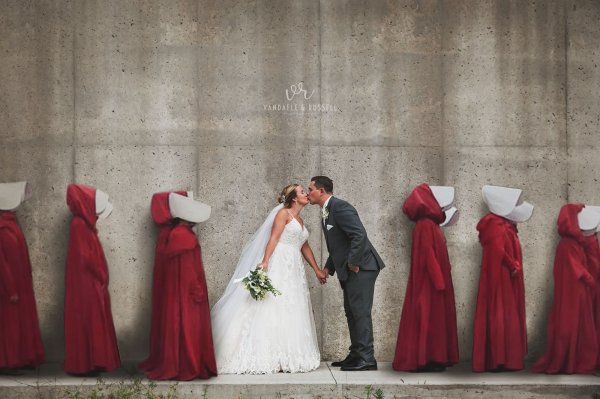 Here's The Story Behind That Viral The Handmaid's Tale Wedding Picture You're Seeing Everywhere
Next Up: Editor's Pick