Halloween is a hoot until someone steals your look. At least that’s the takeaway from a video of a ticked off cat circulating the internet.

There is nothing more frustrating than putting in the time and effort to come up with a clever Halloween costume—only to show up at a party and realize that someone else dressed up as an Area 51 alien, *NSYNC-era Justin Timberlake, or Kylie Jenner singing “rise and shine”.

In the video, the cat is just chilling out at home when its owner suddenly revealed her idea for a Halloween costume—going as a cat. The cat took one look at the girl in her cat ears and drawn-on whiskers and instantly knew that costume was not okay.

The owner may not have realized that stealing the cat’s look and appropriating it for a “fun” Halloween costume was wrong, but she quickly recognized her mistake when the cat put its ears back and did the feline version of glaring, shaking its head, and walking away. The owner realized the error of her ways, rectified the situation, and removed the faux cat ears. Luckily, her furry friend was willing to forgive and chalk this up as a learning experience in exchange for a few chin scritches. Perhaps the owner will go as Michael Myers from Halloween instead. 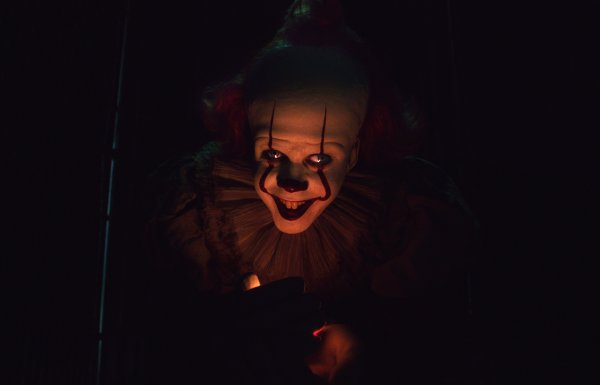 Why Are You So Afraid of Clowns? Here's What Psychologists Say
Next Up: Editor's Pick