'They Can’t Stop All of Us.' Thousands Sign Petition to Invade Area 51 to Find Those Aliens

If you watch enough science fiction movies (Close Encounters) or TV shows (The X-Files), one thing might become abundantly clear: The government is possibly lying to civilians about aliens. Now, people are taking matters into their own hands.

More than 400,000 people have signed on to a Facebook event pledging to raid Nevada’s Area 51, a site long believed to be a secret alien holding site, on a mission to finally “see them aliens.”

As reported by Newsweek, the event, which was given the name “Storm Area 51, They Can’t Stop All of Us,” suggests that people from around the world gather in the Nevada desert to invade the site, located about 88 miles by road northwest of Las Vegas. The method of invasion that the site suggests is a frenzied “Naruto run”, inspired by Naruto Uzumaki the Japanese manga character who runs with head down and arms stretched behind. “We can move faster than their bullets,” the event page reads.

While there’s a chance that the Area 51 invasion is just all in good fun, because as ComicBook.com notes, it was created by a user best known for posting memes and streaming content on Twitch, the event comes in the wake of some official UFO news. Specifically, that the U.S. Pentagon is launching a new program for the military to report encounters with UFOs and after government-funded investigations into an unidentified aircraft.

To find out if the event is real and the government has been holding back on the existence of alien life, the only way to find out for sure is to show up in the Nevada desert on September 20th. If enough people show up and they make a run for Area 51, perhaps they can finally blow open the doors on the government’s secret alien warehouse and share the findings with the world. 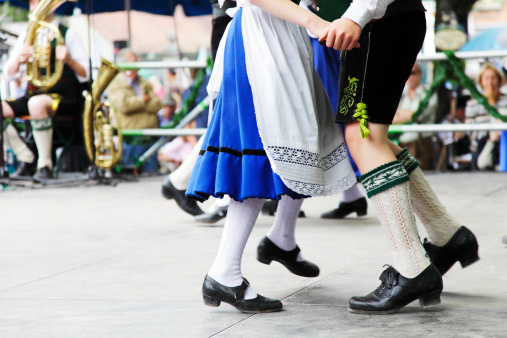 Swiss Air Force Disrupts Yodeling Festival With Fly-By in the Wrong Town
Next Up: Editor's Pick