Halloween dance parties are typically places where humans get down — or at least move a little. But every so often, someone choses stillness, and the result is spine-tinglingly stunning.

While some people just put on a costume and continue to act like themselves, others choose to also embody the mind of a maniacal Halloween villain.

A gentleman dressed as Michael Myers, the party-ready fictional serial killer from the Halloween series, went with the latter in a video that’s going viral.

Aptly titled “Raver was serious about his Halloween costume,” the YouTube video shows the unusual, creepily comic sight of the man standing in the crowd with the maximum level of spookiness as revelers proceed to dance to the music around him.

No one can get a reaction out of him. Even a pair of alien antenna do not shake him from his position.

Because the Internet will always amplify a comic moment, the video of his black belt-level Halloween costume dedication is making the rounds on social, where people are seriously impressed.

He probably had no clue how many people he would make chuckle with this commitment. But here we are.

He’s not the only Michael Myers enthusiast to go viral this season. Recently, Sabrina Zimmerman shared her reaction to her husband nonchalantly cruising down their suburban street, just staring blankly as she chastises him. People really got into that mask.

See the still man truly deliver with his costume.

Certainly his commitment has paid off. Let him inspire you to stay in character this Halloween. 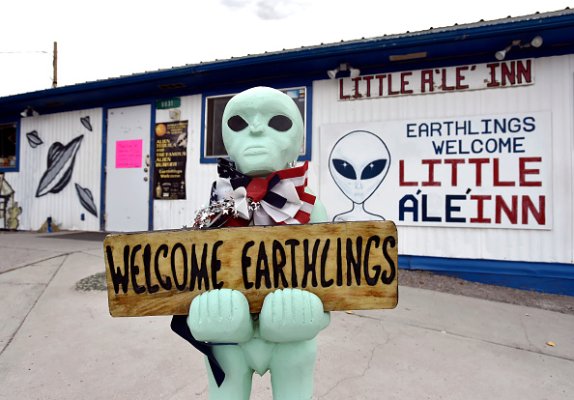