Pop queens love their royal iconography, so it makes sense that Demi Lovato decided to double down this Halloween with a nod to France’s memorable queen Marie Antoinette in an early Halloween costume that had fans of the “Sorry Not Sorry” singer bowing down to her impressive glam team.

“I told y’all I don’t play on Halloween,” she reminded followers with the photos she uploaded to her Instagram. “It’s my time to shine,” she added, with a shout-out to the team that helped put the look together. From the re-drawn lips to the massive beehive hair and the elaborate corset, it’s a costume that Antoinette herself — the Austrian wife of King Louis XVI in the late 18th century — would surely have approved of, given the ill-fated historical figure’s known penchant for pastels and hyper-feminine attire.

Antoinette’s character in history is clouded by her unique predilections — crystallized in pop culture in the Sofia Coppola movie starring Kirsten Dunst — and her demise; she was famous for supposedly saying “Let them eat cake!” to the starving citizenry of her country, before she was executed and the French Revolution took hold. Perhaps that makes it all the more appropriate as a Halloween costume, then, with its allusions to troubled grandeur and a scary end.

As for Lovato, she switched things up on the next evening of her Halloween festivities, opting for a clown costume as the terrifying Pennywise from It for a party she hosted — with full face makeup to match once more. We do love an adaptable queen. And there are still a few days until the actual day of Halloween, which means plenty more costume changes could be in store. Lovato, whose last album Tell Me You Love Me came out in 2017, has been slowly returning to the spotlight this season after taking time away. 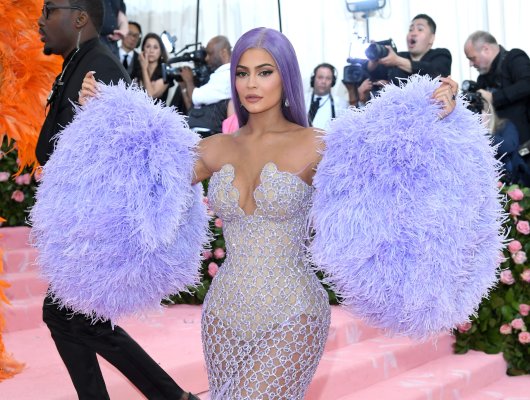