Relapses Like Demi Lovato's Are Common. Here's Why They Can Be So Dangerous, According to Experts

More than a week after she was hospitalized for an apparent drug overdose, singer Demi Lovato has been released from Los Angeles’ Cedars-Sinai Medical Center and is speaking out about the enduring struggle of addiction and relapse — an often dangerous cycle that can end in tragedy for many people who struggle with substance use.

“I have always been transparent about my journey with addiction. What I’ve learned is that this illness is not something that disappears or fades with time,” Lovato, who had been sober prior to the incident, wrote in a statement Sunday. “It is something I must continue to overcome and have not done yet.”

Relapses — like the one Lovato experienced, according to People — are common. The National Institute on Drug Abuse warns that, while 40% to 60% of people with a substance abuse disorder relapse at some point, making it a normal part of addiction recovery, “it can be very dangerous — even deadly.”

A number of risk factors make relapses so perilous, says Dr. Richard Blondell, vice chair of addiction medicine at the University of Buffalo’s Jacobs School of Medicine and Biomedical Sciences. But the major culprit is often losing tolerance, he says.

“When a relapse occurs, someone may take a dose that they think is going to be effective — and it may even be half of what they were taking before — but because they’ve lost their tolerance, those tend to be lethal,” Blondell says.

To understand why a changing tolerance is so dangerous, it helps to understand how tolerance develops in the first place. Though its impact is wide-ranging, affecting the way everything from a person’s heart to their pupils responds to a drug, tolerance begins in the brain, Blondell explains.

“In all brain cells, there’s a mixture of receptors. Some stimulate the nerve cell; some inhibit the function of the nerve cell. As you take a drug, that disrupts that normal balance, and the brain tries to then reestablish that normal balance,” Blondell says. “These drugs become incorporated in the brain function, so the brain compensates for the effects of the drugs by changing what it does someplace else.”

Over time, the brain gets good at making these kinds of adjustments, and a typical dose of a drug stops having the effect it once did. As they adapt, a user will need larger and larger doses to get the same high. And as they increase these doses over time, tolerance continues to mount.

When someone stops taking drugs, however, the brain goes back to its usual ways fairly quickly, and tolerance dissipates. Even a relatively short period of sobriety may be enough to wipe someone’s neurological slate clean, putting them at risk of taking a stronger-than-intended hit if their substance use disorder returns, Blondell says.

Dosing can be particularly complicated depending on the drug involved, Blondell adds. (The drug or drugs Lovato may have taken remain unclear.) In general, because of their strength, it’s easier to overdose on opioids than it is cocaine or alcohol, he says. But potent synthetic opioids have further complicated the issue. While a heroin user may be able to visually assess the strength of a dose fairly well, he or she can’t always tell whether the substance was cut with something like fentanyl.

Tammy Anderson, a professor of sociology at the University of Delaware who specializes in substance use, adds that the social factors surrounding a relapse matter, too. Many people who see a recurrence of substance use disorder begin using again because of changes in their social group or environment, or because they’ve reverted to the conditions under which they once used drugs or alcohol. All of these changes, Anderson says, can lead people to use dangerous amounts of a drug.

If there’s any silver lining to Lovato’s situation, Anderson says, it’s that her transparency about her relapse, addiction and recovery could help increase public compassion and decrease stigma around addiction issues.

“This will increase awareness and it’ll raise compassion, and that is a good thing,” Anderson says. “The opioid epidemic can hit anybody.” 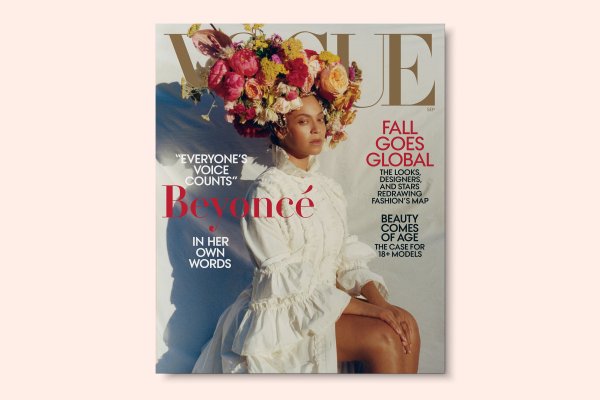 Beyonce Says She Had Toxemia During Her Pregnancy With Her Twins. Here’s What That Means
Next Up: Editor's Pick