At 25, Demi Lovato has already lived many lives as a celebrity. There was her start as a Disney Channel starlet. There was her turn to pop music, and her role as an advocate for people with mental illness and addiction, inspired by her own journey. But the chapter she’s writing today is that of a full-voiced musical powerhouse with a message of recovery and strength. On her sixth album, Tell Me You Love Me, the TIME 100 honoree finds a soulful maturity and polish, even as she prepares to share a more vulnerable side in an upcoming tell-all documentary, out in October. TIME spoke with Lovato about discovering her new sound, dealing with divisive politics and finding the confidence to rise above everything else.

What did you want to say with your new album?

I wanted this album to be more soulful, because I feel like it’s more authentic to who I am as an artist and as a person. I wanted my sound to mature. I feel like I accomplished that.

Do you have a favorite song on it?

I don’t. That would be like picking a favorite child!

You’ve advocated for many causes over the past few years, from mental health to politics. What cause is most important to you right now?

Something that is important to my heart right now is DACA. I feel like it’s terrible that it’s being taken away. Also, the racism going on in our country is unbelievable.

What do you see as your role in speaking to those issues?

The best thing I can do is just raise awareness. There’s not a lot I can do; it’s not under my control. But the more we talk about it, the more effect it has on my fans and it makes it be at the forefront of their minds. And hopefully they’ll inspire other people to make a change as well.

You’re sober now. You’ve said you get triggered seeing things like drug use in movies. Does that still happen?

Like, I’m not going to watch Wolf of Wall Street. There’s a ton of cocaine in that movie. I’m just not going to put myself through that. I’m also not gonna put myself in environments where there’s a lot of drugs or alcohol around me. But I don’t really get triggered anymore, because I don’t allow myself to get triggered.

Do you feel like you’ve had a separate existence from some of your contemporaries, because of your choices and what you’ve been through?

I used to feel like I was so different from my peers and my friends in the industry. But now I just look at it like, I have an allergy. If I’m allergic to cats, I’m not going to put myself around cats. It doesn’t mean if people have cats around me, they’re bad people. It doesn’t mean that I’m different. It just means that there’s an element of my life that’s different from others, and that’s OK.

For you, has music been a way to move forward?

Music has been very healing for me. It’s been a part of my life that’s really helped me cope with certain addictions and certain emotional issues, and death, and loss through breakups. And also creating memories. I’m at a different place in my life now, where I’m a single 25-year-old woman coming into my own and living on my own. So I’ve become lonely at times, and I’ve written about it. It’s definitely helped me.

What have you learned from social media?

I’ve learned it’s sometimes best to keep certain things to yourself. As much as I would love to comment on people in the news, my opinion of our president doesn’t help anybody. When it’s something that is right or wrong — like LGBTQ rights — I’m more open and speak up for things I believe in.

Has it been hard to create a healthy environment there?

I think I’ve figured it out. I’ve stopped caring what people think when it comes to social media. I no longer get offended when people call me names or trash-talk me or anything like that, because I know it’s not real.

What would you be doing if you weren’t in show business?

I would love to be a detective.

You started so young in the spotlight, and have had both success and challenges very publicly because of it. What advice would you give to aspiring music stars?

It’s a case-by-case scenario. For me, it was important to jump in early, because it saved my life. I was bullied, and I didn’t feel like I had much to live for other than music. So jumping into it was something that saved me. If I were to have kids and it wasn’t a life or death situation, I’d tell them to wait and grow up a little bit before they tried to pursue something that can be challenging for someone that’s young.

Are you reading any books or watching any TV shows that you love?

For me it’s more relaxing to watch TV. I’m not much of a reader, unless it’s like a self-help book. Although I did just read The Subtle Art of Not Giving a F***k, which is pretty great. I did love that book. 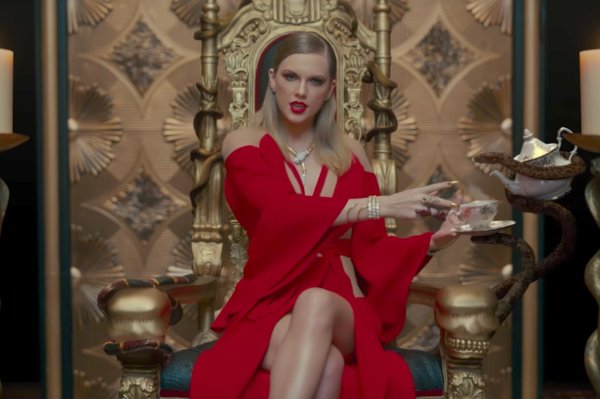 The 10 Most Convincing Theories About Taylor Swift's Album Reputation
Next Up: Editor's Pick