Meghan Markle Discusses the Challenges of Early Motherhood: 'It’s a Very Real Thing to Be Going Through Behind the Scenes'

Meghan, Duchess of Sussex is discussing the challenges she has faced since giving birth to her and Prince Harry, Duke of Sussex’s first child, royal baby Archie.

In a new clip from ITV’s forthcoming documentary Harry & Meghan: An African Journey, which will premiere in the U.K. on Sunday, Meghan Markle speaks candidly about the impact that intense media scrutiny has had on her physical and mental health during her time as a new mother.

“Any woman, especially when they’re pregnant, you’re really vulnerable, and so that was made really challenging. And then when you have a newborn, you know. And especially as a woman, it’s a lot,” she tells ITV anchor Tom Bradby. “So you add this on top of just trying to be a new mom or trying to be a newlywed…”

Markle goes on to thank Bradby for his concern about her well-being. “Also thank you for asking because not many people have asked if I’m okay, but it’s a very real thing to be going through behind the scenes.”

The clip’s release comes just days after Prince Harry appeared close to tears while talking about Meghan and Archie during a speech at an awards ceremony for United Kingdom charity WellChild, which provides support to seriously ill children and their families.

The Duke of Sussex reflected on how he and Meghan had already known she was pregnant at the previous year’s ceremony.

“I remember squeezing Meghan’s hand so tight during the awards,” he said. “And both of us were thinking what it would be like to parent one day — and more so, what it would be like to do everything we could to protect and help our child should they be born with immediate challenges or become unwell over time. And now as parents, being here and speaking to all of you, pulls at my heartstrings in a way I could never have understood until I had a child of my own.” 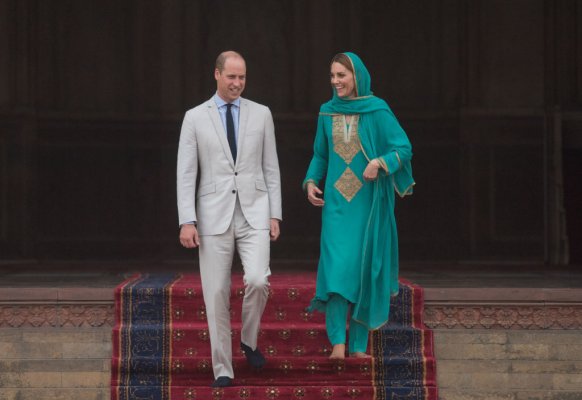 Kate Middleton and Prince William's Plane Caught in Storm
Next Up: Editor's Pick