Prince Harry broke down while talking about his wife, Meghan Markle, and their young son Archie during an event for a charity that serves seriously ill children.

The Duke of Sussex, who has made mental health one of his key initiatives, opened up about his experience as a new father while speaking at an award ceremony for United Kingdom charity WellChild, which provides support to seriously ill children and their families.

Prince Harry handed out the award for “Most Inspiring Child, Ages 4 to 6” to a little boy and girl and then paused to say that the meaning of the award ceremony has changed for him.

“Every year, they never fail to surprise and inspire me, yet this year it resonates in a different way because now I’m a father. Last year when my wife and I attended we knew we were expecting our first child. No one else knew at the time, but we did. I remember…” he said, lowering his head to collect himself.

He continued, “I remember squeezing Meghan’s hand so tight during the awards. And both of us were thinking what it would be like to parent one day — and more so, what it would be like to do everything we could to protect and help our child should they be born with immediate challenges or become unwell over time. And now as parents, being here and speaking to all of you, pulls at my heartstrings in a way I could never have understood until I had a child of my own.”

The prince said that his experiences with the WellChild community have given him “a sense of optimism, a sense of hope and strength that no professional, no bestselling book or no amount of advice could ever give any of us.”

Prince Harry has previously shown a strong desire to protect his family. On Oct. 1, he announced legal action against the publisher of British tabloid Mail on Sunday, saying that the newspaper had pursued a “ruthless campaign” against his wife. 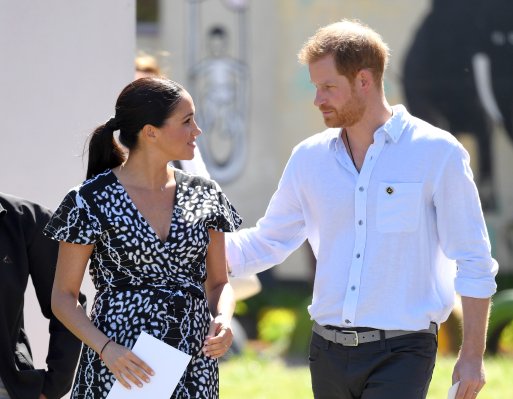 'My Deepest Fear Is History Repeating Itself.' Prince Harry Announces Legal Action Against Tabloid Over Meghan Markle Coverage
Next Up: Editor's Pick