Amid the news of the impeachment inquiry, President Trump ran into some trouble with an unlikely foe: Nickelback. A doctored version of the band’s 2007 “Photograph” music video was removed from his Twitter page within 24 hours of posting it.

As Congress investigates Trump’s phone call with his Ukrainian counterpart, he took aim at 2020 Democratic frontrunner Joe Biden with a video showing a picture of Biden and his son allegedly spending time with Ukrainian businessmen.

While the Oct. 2 tweet remains on Trump’s page, the accompanying video is no longer available. A Twitter spokesperson confirmed to TIME that the video in question was removed due to a Digital Millennium Copyright Act (DMCA) complaint. The 1998 U.S. copyright law criminalizes the use and distribution of copyrighted work online.

Warner Music Group, the copyright owner for “Photograph,” filed the complaint, according to Lumen, an independent research group from the Berkman Klein Center for Internet & Society at Harvard University that studies digital removal requests. A representative for Warner declined to comment for this story.

Twitter’s accordance with that request follows the standards of DMCA’s safe harbor provisions, which protect publishers like Twitter, Facebook and YouTube from being liable for content shared on their websites. “The DMCA provisions are in place to protect the platform from liability, not to protect the person who posted it,” Robert Brauneis, co-director of the Intellectual Property Program at the George Washington University Law School, tells TIME.

Brauneis says Trump’s tweet was not criminal. But because it infringed on copyright, the copyright owner could theoretically sue him for sharing the content. Since Twitter complied with the request, and the video was removed swiftly, that’s highly unlikely, Brauneis explains.

While a user like Trump is not protected by that provision, they’re not necessarily in worse trouble because of it, either. “Because of the DMCA, it’s a little bit like you get a ‘get-out-of-jail-free’ card,” says Derek Dessler, an entertainment and new media attorney. Once a website takes down the content, the website is usually in the clear. “You get a pass, as long as you comply with the rules,” Dessler says.

The President has previously faced other copyright challenges while in office. When Rihanna received word that her 2007 song “Don’t Stop the Music” played during a November 2018 Trump rally in Chattanooga, Tenn., she spoke out against the song’s use.

Music by Pharrell, Aerosmith, Adele, the Rolling Stones and Prince have all been played at Trump events without permission from the respective copyright holders. But when music is played in a public space, there’s not much artists can do. “The rally situations are usually complicated,” Brauneis says, because the venue has likely purchased a license to play any song in a certain performing rights organization’s repertoire.

If someone played music in an unlicensed venue, like a parking lot or other public space, then they could be subject to legal action. But it’s not so easy to find the owner of the parking lot and demand they stop using your music, Brauneis explains.

In this instance, though, artists (and other copyright holders) have a clear legal process to follow — making it much easier to protect their work. “It’s easier to deal with a Twitter post than it is to deal with someone playing music in a parking lot,” Brauneis says. “Twitter has a great incentive to comply with the request, because otherwise, they’re a big fat target for a copyright infringement lawsuit.”

And while the White House could file a counter-claim alleging their use of Nickelback’s song was indeed protected, they probably have bigger fish to fry, and Brauneis says it “seems unlikely” that they’d try. 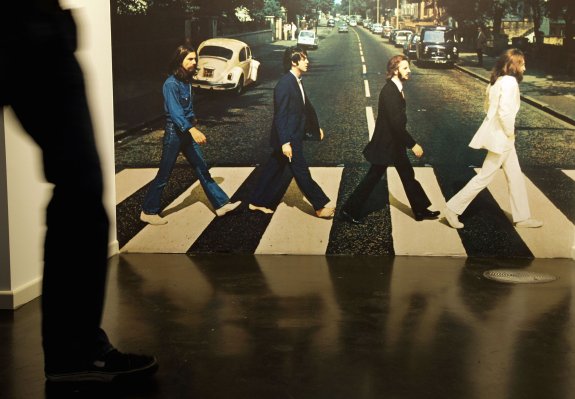 Here’s How the Beatles Went From Symbols of the Generation Gap to a Band for All Ages
Next Up: Editor's Pick