As the Number of Vaping-Related Deaths Climbs, These States Have Implemented E-Cigarette Bans

Amid growing concern over a mysterious outbreak of vaping-related lung illnesses and deaths, as well as a persistent epidemic of youth use, states are stepping in to limit access to e-cigarette products—but many are facing challenges from vaping retailers and industry groups in court.

State vaping bans are filling what many see as a regulatory void caused by federal inaction. E-cigarettes work by vaporizing a liquid mixture of nicotine, flavorings and other chemicals, and many proponents argue that they are a healthier alternative to cigarettes. The Food and Drug Administration (FDA) did not gain regulatory power over e-cigarettes until 2016, so many popular brands that launched before that date, including market leader Juul, are currently available for sale despite lacking explicit FDA authorization. The agency has given manufacturers until May 2020 to retroactively apply for authorization; if at that point they cannot prove their products are “appropriate for the protection of public health,” they could be removed from the market.

The Trump Administration in September announced a plan to pull youth-friendly flavored e-cigs from the market, at least until FDA applications are complete.

As states wait for a federal policy to be finalized, some are acting on their own, and a number of others—including Illinois, New Jersey and Delaware—are considering similar legislation. These are the states that have enacted vaping bans so far, and those that have been blocked in court.

In early September, Michigan became the first state to announce its intent to limit the sale of vaping products, when Gov. Gretchen Whitmer said she would issue an emergency ban on the online and retail sale of nicotine vaping products in any flavor except tobacco. Whitmer also said she would restrict the marketing of vaping products by forbidding the use of terms like “clean,” “safe” and “healthy.” (While e-cigarettes contain fewer known toxic chemicals than traditional cigarettes, research on their health effects is inconclusive.)

The emergency ban was made official on Sept. 18, and was set to last 180 days. Retailers were given two weeks to comply with the policy—but on Oct. 15, a Michigan Court of Claims judge sided with retailers who claimed in a lawsuit that Whitmer overstepped her authority by enacting the ban, the Detroit Metro Times reports. The judge’s injunction, which lasts six months, means shops can once again sell flavored vaping products, the Metro Times reports.

Before the injunction, Michigan lawmakers were working on implementing a permanent policy, according to the state’s Department of Health and Human Services.

New York on Sept. 17 became the first state to actually implement a statewide ban on most flavored nicotine vaping products, just days after Gov. Andrew Cuomo called for emergency action. Cuomo’s policy drew some derision from public health advocates, however, because it does not restrict the sale of menthol-flavored products. (The state’s health commissioner is evaluating an additional ban on menthol products, according to Cuomo’s office.) Though they have been more heavily regulated than tobacco-flavored products, mint and menthol e-liquids have not been subject to as many sale restrictions as sweet and fruity flavors, because some public health officials fear that banning them would push users back toward menthol-flavored tobacco products still for sale. Still, federal data show mint and menthol vaping products are today almost as popular among teenagers as fruit flavors.

Just before the ban was set to take effect Oct. 4, an appellate court placed a hold on the ban, allowing retailers to continue selling their products. Jurisdiction passed to the state Supreme Court, which will decide whether to grant the Vapor Technology Association, an industry group, a preliminary injunction on the ban.

On Sept. 24, Gov. Charlie Baker declared a public health emergency in the face of more than 500 vaping-related lung illnesses and at least seven deaths reported to the U.S. Centers for Disease Control and Prevention (CDC), including five illnesses in Massachusetts. Baker also announced the country’s strictest vaping prohibition yet: a four-month, statewide ban on online and retail sales of all marijuana and tobacco vaping products, flavored or otherwise. A release from Baker’s office suggests that Massachusetts lawmakers chose to ban both marijuana and nicotine products due to continuing uncertainty over what is causing the lung illnesses reported across the country. The CDC has said that many of the people who have reported vaping-related illnesses used products containing THC, a compound in marijuana, but some reported using only nicotine.

Massachusetts’ policy went into effect immediately, and lasts through January 25, 2020.

The day after Massachusetts’ ban was announced, Rhode Island Gov. Gina Raimondo signed an executive order directing the state’s Department of Public Health to ban the sale of flavored e-cigarettes in the state. Raimondo did not specify at the signing whether the order also applies to menthol flavors, but noted that the ban will not extend to unflavored tobacco products.

At a briefing on Sept. 25, officials said the ban could go into effect as early as the following week. NBC 10 News reports it will be in place for 120 days afterwards. The state can then extend it for another 60 days.

At the signing of the order, Raimondo called vaping a “public-health crisis” for children, and said she is convening a group of medical experts to advise her on the best ways to contain the problem.

Gov. Steve Bullock on Oct. 8 directed Montana’s Department of Public Health and Human Services to draft emergency administrative rules that would ban the sale of all flavored e-cigarettes, including those containing THC and CBD, for 120 days. The rules were set to take effect on Oct. 22, but a Montana judge on Oct. 19 signed a temporary restraining order that blocked the policy, after vape shop owners filed a lawsuit claiming the action was overly restrictive and could put stores out of business.

In Washington state, health officials on Oct. 9 passed an emergency rule banning the sale of flavored vaping products. The 120-day rule went into effect following an executive order from Gov. Jay Inslee, who called on the state’s Board of Health to ban all flavored vaping products, including those containing THC. The decision was met with fierce opposition from e-cigarette users who said they had used the products to quit smoking, as well as vape shop owners. Some chanted “shame” at the Board of Health’s voting session, the Seattle Times reports.

Following in its neighbor’s footsteps, Oregon health officials on Oct. 11 filed rules that would forbid the sale of flavored nicotine and cannabis vaping products for six months, and subject repeat-offending retailers to fines of up to $500 per violation, per day. As in other states, however, Oregon’s policy was partially blocked by an appeals judge, who halted the ban on nicotine products. The ban on cannabis products was not affected.

Though California has not enacted a statewide ban on vaping products, Gov. Gavin Newsom on Sept. 16 issued an executive order focused on curtailing the state’s youth vaping epidemic. Among other actions, the order allocates at least $20 million for a “vaping awareness campaign,” and calls on state agencies to develop recommendations for limiting the sales of vaping products to anyone younger than 21, and the sales of illegal and counterfeit vaping products broadly. The order also requests that the California Department of Public Health develop standards requiring e-cigarette retailers to post warning signs about the health risks of vaping. Newsom has also said he would like to ban flavored e-cigarettes outright, but cannot do so through executive action alone.

Over the summer, San Francisco—where Juul is based—became the first major U.S. city to ban the sale of all nicotine e-cigarette products. A Juul-backed coalition opposes the ban, and it will go before a public vote in November. The Los Angeles County Board of Supervisors is moving toward a similar ban on flavored products. 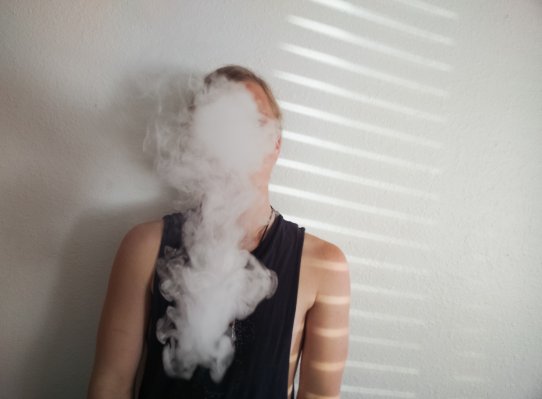 'I Wish We Had More Answers': Health Officials Still Don't Know Why 500 People Have Gotten Sick After Vaping
Next Up: Editor's Pick