'I Wish We Had More Answers': Health Officials Still Don't Know Why 500 People Have Gotten Sick After Vaping

More than 500 people have developed serious lung illnesses after vaping, and seven have died — but there’s still not a clear cause, federal health officials said on a call with reporters Thursday.

“We at [the U.S. Centers for Disease Control and Prevention] are very concerned about the occurrence of life-threatening illnesses in otherwise healthy young people,” CDC Principal Deputy Director Dr. Anne Schuchat said on the call. “I wish we had more answers.”

Officials from the CDC and Food and Drug Administration (FDA) have been investigating the rash of vaping-related lung illnesses since earlier this summer, and both have activated emergency operations centers to help. Mitch Zeller, director of the FDA’s Center for Tobacco Products, also said on the call that the agency’s Office of Criminal Investigations is running a parallel investigation aimed at determining what is making people sick, and the dynamics of the supply chain. The FDA is not seeking to prosecute individual e-cigarette users, Zeller clarified.

“We are leaving no stone unturned and following all potential leads,” he said.

Despite the thorough investigation, officials have not pointed to a specific substance, device or product that appears to blame for the illnesses, or that has been consistent among all cases. Early indictions suggest most people who got sick vaped products containing THC, a compound in marijuana, either instead of or in addition to nicotine. Some, however, only reported using nicotine, Schuchat said.

While the entire vaping industry is largely unregulated, there’s even less oversight of cannabis products. Many marijuana-derived vaping products — especially bootleg products produced by black and gray market companies — do not live up to strict manufacturing standards, or are not subject to safety testing. Chemicals added to vaping concentrates, to alter things like flavor and consistency, may also be harmful to the lungs, experts say.

Across states, people sickened in the outbreak have been exhibiting symptoms such as cough, shortness of breath, chest pain and (in some cases) gastrointestinal distress. In serious cases, symptoms have progressed to severe lung damage and death.

Schuchat emphasized how “challenging” and “complex” the investigation is, due to its scope, the number of possible causal agents and patients’ inability or unwillingness to fully disclose what they used. She urged Americans to “consider not using e-cigarettes or vaping products” and to “take these recommendations seriously.”

Vaping-related illness has not been limited to the U.S., either. On Wednesday, Canadian health officials confirmed that a teenager there had been diagnosed with “severe respiratory illness” linked to e-cigarette use. 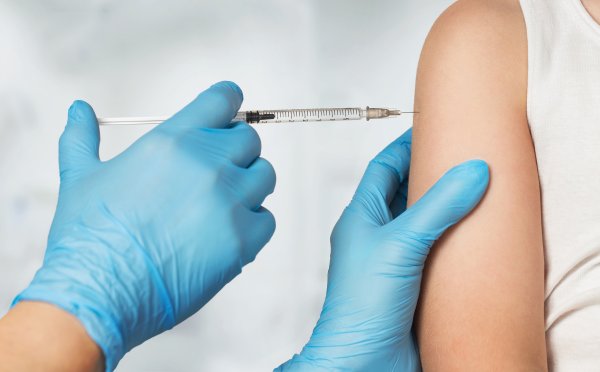 Influenza Season Has Barely Begun, But a California Child's Death Is Already Being Classified as 'Flu-Associated'
Next Up: Editor's Pick