The believers assembled near Area 51, and some predictably “tried” to deliver on the promise to “raid Area 51.” Well, at least they made the effort to storm anyway.

The unifying satirical Facebook event titled “Storm Area 51, They Can’t Stop All of Us” got people from all corners of the internet raid plotting, with memes focused on discovering and stealing all of the aliens that are allegedly kept there. So many people signed up that it morphed into multiple music festivals.

A festival seemed a little more practical than capturing aliens, but people didn’t let the raid go. Yes, it would appear that not everyone is totally joking about the raid.

Intrigued by the most enduringly popular meme of the year that was clearly a complete joke, enthusiasts were still determined to get as close as they could to Area 51, as evidenced by the Area 51 YouTube videos and livestreams.

So even if you couldn’t get in on the revelry, you can check out all of the visitors documenting their comical “investigations.”

There were plenty of people storming but not exactly really storming Area 51.

“The guards were unbelievably nice. They took photos with everyone and were pretty much just smiling,” Danny Philippou, an Australian YouTuber who joined the festivities told TIME.

One woman did enter, walking beyond the facility’s gates, captured in this video shared to Twitter.

But as the original event creator said it best: No one can stop all of them.

None of the warnings have deterred some people who appear to be curious from trying to get close to the secretive facility that has enthralled conspiracy theorists.

For the uninitiated, the highly secretive military base became the subject of highly amusing jokes back in July.

And then, as promised, enthusiasts for all kinds of extraterrestrial lore and a rollicking good time descended on Rachel, Nevada for one of them. (Brothers of Alien Rock, the Weird Kids and Speed of Light are among the bands who told TIME they’re going to perform at the festival in Rachel.)

How many people went to the Area 51 Raid event?

Predictably there was no alien activity uncovered, but that doesn’t mean anyone stopped believing. About 3,000 people turned up for the gathering for the fun of it. And most of them did not try to storm the gates, the Lincoln County Sherif’s Office told CNN. Restraint! Somewhat surprisingly, two YouTubers did attempt to visit the site before the weekend, despite seeing the “No Trespassing” signs, and were promptly arrested for trespassing.

Boundary crossing wasn’t unexpected. District Attorney Dylan Frehner expressed fears of “unlawful activity” like trespassing — on both private and federal land in an interview with TIME prior to the arrivals. “Our county has 5,000 people in it, we have a very limited budget and resources. Every time we have mass numbers of people that may be gathering there’s always gonna be some concern,” Frehner said.

So for those interested in actually storming the gates, this is no joke. And on Friday, at least two people were escorted away from an Area 51 gate and detained, the Associated Press reported.

The majority of the crowds came in peace. And they came prepared with the best signs, tin foil hats, Naruto headbands, chants of “clap them cheeks, clap them cheeks!” (original event reference,) and positive attitudes.

Alien-hunters gather to "storm" Area 51 at an entrance to the military facility near Rachel, Nevada on September 20, 2019.
BRIDGET BENNETT&AFP/Getty Images

When the original viral event creator, Matty Roberts, backed out of the Rachel, Nev., citing safety concerns, it appeared that things would be more manageable because he was expected to be a big draw.

“Frankly, we are breathing a sigh of relief,” said Joerg Arnu, an active Rachel resident since 2003 who previously told TIME that he was against Alienstock. “It feels like mission accomplished.”

The rest of the weekend, the gathering was mostly just fun-loving enthusiasts coming together.

And of course, opportunities to stage a faux raid were everywhere.

It would appear, raiders—with a sense of humor—weren’t entirely unwelcome. Read on for what it’s really like to when someone tries to visit Area 51. 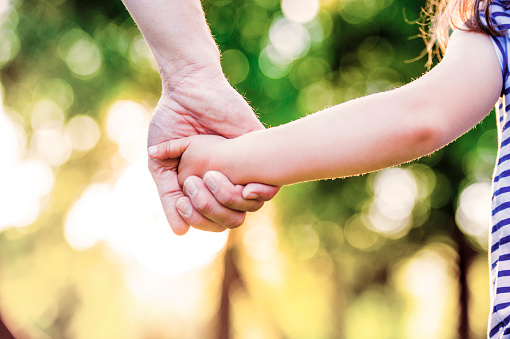 Daughter Tells Heroic Dad She Doesn't Love Him As Much As Mommy and His Reaction Just Takes the Cake
Next Up: Editor's Pick