The latest innovation in food handling is this nine-year-old’s decision to hide cheese in a chapstick tube.

“My 9-year-old daughter has taken an old lip balm tube and filled it with cheese so she can eat it in class,” St. Louis Post-Dispatch reporter Valerie Schremp Hahn said on Twitter on Tuesday evening. The cheese was indeed sharp cheddar from Aldi, Schremp Hahn confirmed to TIME.

Schremp Hahn’s daughter learned how to make the cheese-balm from a YouTube video — and her attempts didn’t end with the cheddar. “I know she experimented with making a popsicle in an old lip balm tube, but that was a fail,” Schremp Hahn told TIME in an email.

In a subsequent tweet, Schremp Hahn said it’s standardized testing week at school, so those kids need all the protein they can get. The tweet was met with people who were understandably both amazed and jealous of this student’s creativity.

“Further confirmation that the future is female,” wrote one user. “Your daughter is living in 2079 and we are all still here in 2019,” tweeted another. 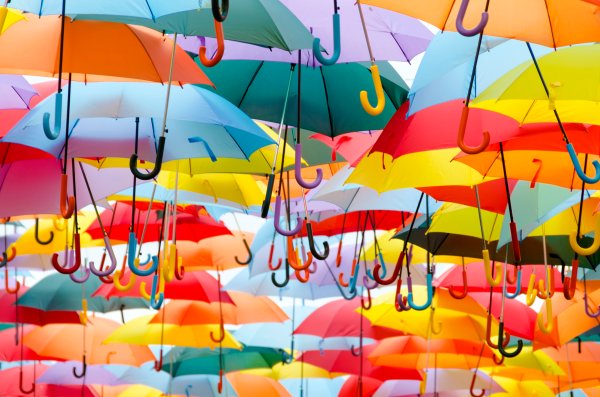 Rogue WeWork Umbrella Blocks People From Getting Into Their Office for Days
Next Up: Editor's Pick