Viral trends come and go. But it seems that one subject of much attention — the egg — might be here to stay.

In January 2019, a picture of a single egg earned the title of the most-liked picture on Instagram. Beating Kylie Jenner’s previously-held record of 15 million likes, the @World_Record_Egg account hit 53 million likes on its first post. “Let’s set a world record together and get the most liked post on Instagram,” the picture’s caption said.

That egg was even featured in TIME’s list of 25 Most Influential People on the Internet this year.

But that egg is only one piece of a larger puzzle. Eggs are taking over the chicken coup of the internet, one viral moment at a time — from strange cooking videos to surprising political moments.

Let’s break down the timeline of how the unassuming egg became the food of virality.

While it’s no secret that “phones eat first” nowadays, Instagram has also paved the way for more than just amateur food photographers. A food trend that made eggs look like fluffy clouds hit the social media app around 2017, but its popularity hasn’t waned.

The fluffy cloud eggs, also called eggs in clouds, are made by separating egg whites from the yolks, beating the whites until fluffy and meringue-like. The trick is to then bake the eggs in the oven, rather than frying them on the stove. To make her fluffy egg whites, nutritionist Sara Stewart shares on her Instagram that she first cooks the whites as a circle with a hole in the center, then adds the yolk in the middle spot when there’s only a couple minutes left of cooking time.

There are currently more than 14,000 posts on Instagram with the hashtag “#CloudEggs.”

While the millennial-minded adaptation of the recipe has only become internet-popular in the last few years, it’s actually an ancient tradition, according to NPR. A French recipe for Oeufs à la Neige, or “eggs in snow,” can be found in a 1651 French cookbook called Le Cuisinier François.

It was on Jan. 4, 2019, that the world changed forever. A picture of a single brown, speckled egg became the most-liked post in Instagram’s history. With more than 53 million likes, it’s been eight months since the egg broke the internet — and its record has not been broken.

Chris Godfrey, who works in advertising in London, started the account and post. Godfrey has explained the impetus for this idea as something pretty simple: eggs are uncontroversial.

“An egg has no gender, race or religion. An egg is an egg, it’s universal,” Godfrey told the New York Times in February.

Kylie Jenner previously had the record with a photo of her newborn baby, Stormi, wrapping her fingers around Jenner’s manicured thumb. The picture, posted on Feb. 6, 2018, has 18 million likes as of August.

As Instagram begins to test out a new version of the app sans likes, the fate of status-quo-breakers is uncertain. But with a commercial aired on Hulu and a collaboration with DJ Khaled, it’s clear Godfrey’s incredible egg was profitable.

But why did anyone care enough to like the egg’s picture, after all? One theory is that the strangeness of Godfrey’s proposition — to help make a stock photo of an egg more famous than Jenner’s child — was just perfectly strange enough. “It’s a weird and nonsensical throwback to the early internet, the sort of charming, organic event that has become increasingly rare as virality becomes tied to carefully honed formulas,” Rachelle Hampton theorized in a Slate article.

March 2019: ‘Egg Boy’ cracks one over an Australian politician’s head

Some more serious egg news went down in March when a teenage boy cracked an egg over an Australian politician’s head. Will Connolly slapped the egg on the head of Australian Senator Fraser Anning’s head during an event in Melbourne on March 16.

The massacres at two mosques in Christchurch, New Zealand, had claimed the lives of 51 people just the day before. But Anning was laid the blame for the attacks on a group of people other than the alleged shooter, Brenton Harrison Tarrant, who was charged with murder.

The far-right senator said in a statement that “the real cause of bloodshed on New Zealand streets today is the immigration program which allowed Muslim fanatics to migrate to New Zealand in the first place.”

Teenaged Connolly simply had to do something. “I’m so proud to stand for what is right and I encourage everyone to stand up for what you all believe in,” he later said in an Instagram post. “I do not condone violence and I do not condone egging someone, and everyone has a right to an opinion, but as I listened to Senator Anning for over an hour, I realised a point had to be made and if no one was going to do anything, then I was.”

This installment in viral eggs is definitely the strangest. A Facebook do-it-yourself craft video went viral in July for showing how to turn a normal egg into a blue egg — over the span of three days!

As if the premise weren’t confusing enough, each stage of the egg’s changed form ends with the words “bigger than before” appearing on the screen.

In true 2019 fashion, there’s almost no way to explain this stunt-like video. You just need to experience it for yourself.

January 2020: A quicker way to peel a hard boiled egg

The hard-boiled egg hack has joined the ranks of the garlic and pomegranate shortcuts — a Twitter account has revealed the best way to rid the shell and get that egg. Twitter page Back To Nature revealed the magic on Jan. 5, writing that this is “eggxactly how to peel a boiled egg.” The method is mind-blowing. 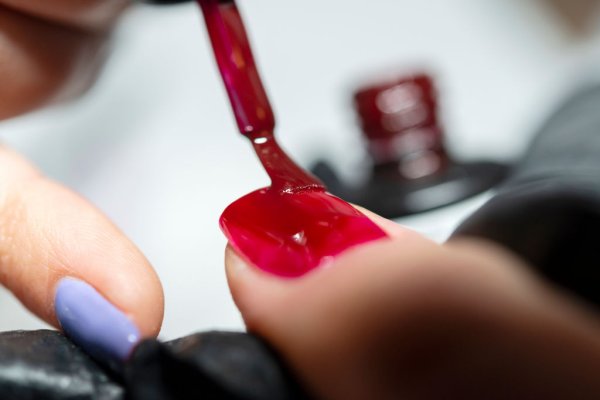 This Grandpa Lives to Give His Loved Ones Manicures
Next Up: Editor's Pick