On Saturday Night Live Dana Carvey proved that he is one of the best impersonators around. He cements that position in a new video where he delivers “nano-impressions” at a rapid-fire pace.

In the video, which comes courtesy of Vanity Fair, Carvey spins from Bill Clinton trying to get his ring out of a garbage disposal to Ronald Reagan trying to use an expired coupon at the grocery store and, of course, revives his famous George H.W. Bush impression.

While Curb Your Enthusiam‘s Larry David currently holds the title of preeminent Bernie Sanders impersonator thanks to his stint on Saturday Night Live (Sanders does a mean David, too), Carvey gives it his best shot. In the video, he delivers a solid take on the Vermont senator helping children cross the road safely.

The standout diminutive impersonation though featured Carvey stepping into Donald Trump’s shoes to show what the presumptive Republican nominee would sound like applying ChapStick. Carvey doesn’t limit himself to politicians. In the mix are Owen Wilson refusing to share his gummy worms, Charlie Sheen trying and failing to hail a cab, and Sean Connery agreeing to go on vacation in Spain.

It’s a great reminder of Carvey’s talents—and to tune in to his reality television show First Impressions if USA Network brings it back for more episodes. 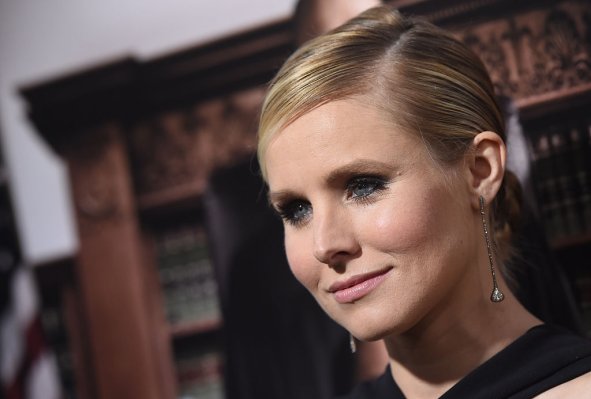 Kristen Bell Blasts Donald Trump for His Frozen Tweet
Next Up: Editor's Pick