At this season’s New York Fashion Week, designer Prabal Gurung celebrated the 10th anniversary of his brand with a runway show titled, “Who gets to be American?” Show attendees may have caught onto this theme with the red, white and blue tie-dye dresses and shirts or the revamped Americana ensembles made with raw denim and white poplin he sent down the runway, but the message was unabashedly cogent during the finale when the models came out for their final walk draped in pageant queen style sashes that boldly posed the question yet again: who gets to be American?

The inspiration for the show’s theme was sparked after Gurung, who had a vision of redefining Americana style through a multi-cultural approach, was asked in a business meeting: “How can you define American, you don’t look American.”

“It was very clear to me what he was implying,” Gurung told TIME before sharing how he responded to this query. “I am American, I became an American citizen, I’ve been living here for 20 years, I pay my taxes. Not only that, but the majority of the clothes that I make, are made in New York and in America, I have spoken on social issues, contributed and been an active member of this country. So when is it going to be enough?”

Gurung received the Nov. 26, 2018 issue of TIME in the mail, with a cover created by Hank Willis Thomas and Emily Shur, accompanied by the question “Who Gets to Be an American?” Inside the issue, the writer Viet Thanh Nguyen explored that very theme.

“When it came, I brought it to my team, still in its plastic — I was like ‘this is it, this is what I want to do with our ten year anniversary.’ It was like a lightbulb that went on.” Gurung would later collaborate with journalist and immigration activist Jose Antonio Vargas on creating the concept of the show, putting “the many faces of America and how we should redefine it” at the forefront of the season’s offerings.

TIME only learned that the magazine had inspired Gurung’s collection after reaching out to request this interview.

It’s hardly the first time that Gurung’s fashion endeavors have been in dialogue with the current political climate. This is, after all, the man who sent models down the runway in statement shirts with phrases like “I am an immigrant” and “Our bodies, our choices, our power” and gave Gloria Steinem (whom he calls “my biggest hero”) her first fashion show experience after personally writing to her after he read her memoir, My Life on the Road.

On his Twitter and Instagram accounts, Gurung is vocal about calling out injustice and isn’t afraid of encountering controversy by doing so. Case in point: this August, he made headlines when he took to social media to announce that although he had been in talks to host his 10th anniversary show at Hudson Yards, the behemoth shopping center owned by billionaire Stephen Ross, he would not be doing so due to Ross hosting a high-price Trump campaign fundraiser in the Hamptons.

“We’re living in a different time now; if you look at women’s rights, LGBTQ rights, immigrants’ rights…it has been challenged constantly,” Gurung said. “And so for me, for him [Ross] to openly raise funds and support, I think it’s absolutely wrong. We hadn’t confirmed it. We were having a conversation about Hudson Yards, but I just couldn’t do it, I just couldn’t justify it, so I pulled out. It was important for me to announce it because we as creative people have to take a stance, we have to start a conversation, we have that responsibility. Our success is a privilege, our platform is a privilege.”

For Gurung, who the Washington Post‘s Robin Givhan once dubbed “the most woke man in fashion,” his conviction to stand up for what he believes is right was not sparked by the current administration or its policies, but instead by a lifetime of experiences that highlighted the importance of inclusivity to him. He’s championed racial and body diversity on not just on his runways, but in the industry as a whole, from doing a Lane Bryant collaboration to calling out racism exhibited in his industry.

“As a queer man of color, it’s more of a reckoning because my existence is politicized,” he said, noting that fashion, his preferred medium can be a great way to start dialogue about larger social issues. “And not only that, as a womenswear designer, when I am profiting from women buying my clothes and when the current government is actually challenging so many of women’s rights, for me to keep quiet about it — benefitting from women and not talking about the issues that are important to them, I think it is absolutely wrong.”

Gurung, who was born in Singapore, but grew up in Nepal before living in India, Australia and London before coming to New York to attend Parsons, says his upbringing is what made him a conscious citizen. Nepal’s influence on Gurung is so great that he created the Shikshya Foundation Nepal alongside his family in 2011, which provides education for underprivileged children; he also raised one million dollars in relief funds for Nepal following the devastating earthquake 2015.

“Our childhood remains the foundation for who we are and for me, Nepal has been a source of inspiration in terms of understanding what humility means, gratitude,” he said, noting that he returns to Nepal once or twice a year and often works with local artisans for materials for his collections. “The generous spirit of it allowed me to truly appreciate what I see about Nepal from here and also what I see about America and the Western world and Europe and everywhere. And I see the vast difference and the similarity that at the end of the day, everywhere I’ve traveled, each and every person wants to be validated. I’ve created a luxury brand, but with a soul and the soul to me is the ability to be able to see the person in front of you and say ‘you matter, your existence matters and it is important to me.'”

Gurung also holds his family as the bedrock of his values, often referencing his mother, a single mother who raised a family while working in politics and owning a business, as a main inspiration for the woman he designs for. Perhaps more poignantly, he attributes his dedication to compassion, a strong theme in both his work and his life, to her.

“I grew up in a family with a single mother who always said to us: ‘Be fair, be kind and don’t be afraid to speak up for what is right, even if it is unpopular.’ At the end of the day, our time on this planet is limited and we don’t know when we are going to go. I would like to be able to look back on my life and know I did the right things.”

With his work on and off the runway reflecting this mindset, it appears that Gurung is embodying a new kind of American dream, one where he and others are more than American enough. 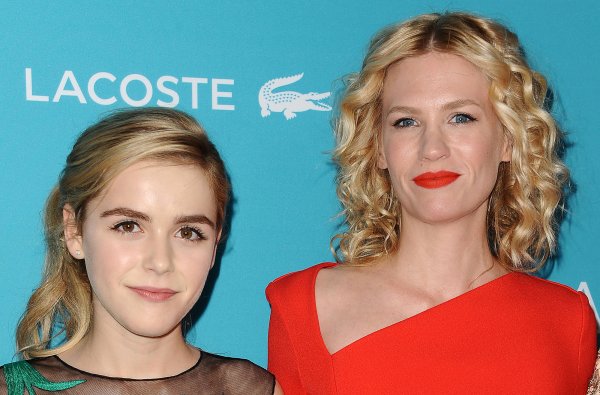 Betty and Sally Draper Had the High Fashion Mad Men Reunion of Your Dreams
Next Up: Editor's Pick