Peter Lindbergh, the renowned German fashion photographer, died on Tuesday at the age of 74.

A message from his family, shared on his official Instagram account, confirmed the news on Wednesday morning:

“It is with great sadness that we announce the passing of Peter Lindbergh on September 3rd 2019, at the age of 74,” the post read. “He is survived by his wife Petra, his first wife Astrid, his four sons Benjamin, Jérémy, Simon, Joseph and seven grandchildren. He leaves a big void.”

Recognized as one of the most influential photographers of his generation, Lindbergh worked with countless fashion designers and international magazines throughout his career. His unfussy, intimate black and white images of models are credited with having a significant impact on the fashion industry and pop culture.

Lindbergh was born in 1944 to German parents stationed in Leszno, a city in Poland then annexed by Germany. He studied at the Berlin Academy of Fine Arts and moved to Paris in 1978 to pursue his career, his website says. In the 1990s, his photography of models such as Naomi Campbell, Cindy Crawford and Linda Evangelista helped launch the supermodel era.

His work has appeared in magazines such as Vogue, Vanity Fair, Harper’s Bazaar and The New Yorker.

He was known for capturing the natural beauty of his subjects. “I hate retouching, I hate make-up. I always say, ‘Take the make-up off!'” he told British Vogue earlier this year.

Lindbergh shot the Pirelli calendar three times — in 1996, 2002 and 2017, taking pictures of actresses rather than models. For the 2017 edition, he photographed them with little makeup or styling. In a statement he wrote about the work, he said: “In a time where women are represented in the media and everywhere else as ambassadors of perfection and youth, I thought it was important to remind everyone that there is a different beauty, more real and more truthful, not manipulated by commercial or any other interests, beauty which speaks about individuality, the courage to be yourself, and your very own sensibility.”

In an interview about the project in 2016, he told TIME: “This is a possibility for me to show how beauty should be treated today because beauty today has been kidnapped by commerce. And we start to believe that all these magazine pictures of women and clothes are beautiful. And I don’t think so. Or these over-retouched monsters, they all want to be perfect.”

“I thought I would take women everybody knows, actresses, in a very sensible way,” he continued. “And show that beauty is about that sensibility, is about emotions, all these elements are more important than perfection and youth.”

Lindbergh lived between Paris, Arles and New York. His work has been on display in museums such as the Centre Pompidou in Paris and the Museum of Modern Art in New York.

Many paid tribute to Lindbergh on Twitter. Oscar-winning actress Charlize Theron, who starred in Lindbergh’s J’adore Dior 2015 fragrance commercial, wrote: “My heart is broken. Peter Lindbergh was a genius and an absolute master of his craft.”

“Broken Beyond Words,” reads a post on Naomi Campbell’s official Instagram account with a selfie of the supermodel with her face pressed against the photographer’s. “So many memories of 33 years that my heart right now cannot tell.”

Linda Evangelista, who posed alongisde Campbell on an iconic 1990 British Vogue cover since dubbed “the birth of the supermodels”, also expressed her sadness on Instagram: “Heartbroken. R.I.P. my Peet.”

“There is no other photographer she considered to bring this meaningful project to life,” The Duke and Duchess of Sussex shared on their official Instagram account, along with a picture of Lindbergh and Meghan Markle. 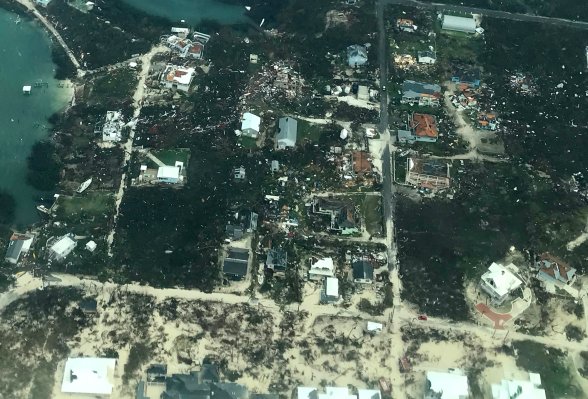