Like many of Ukraine’s political leaders, Oleksandr Danyliuk, the head of the National Defense and Security Council of Ukraine, had trouble making sense of the messages on Russia that have come out of the Trump Administration this week.

On Wednesday in Kiev, his nation’s capital, Danyliuk met with his American counterpart, the U.S. National Security Adviser John Bolton, who assured him that the U.S. support for Ukraine, including military support in its five-year war with Russian-backed separatists, would only intensify. “Everything in our meeting was about how we would expand our cooperation and how everything is ready for that,” Danyliuk tells TIME.

But the following day, President Trump appeared to contradict those plans. As first reported on Thursday by Politico, Trump has asked Bolton and other officials in the administration to stall $250 million in aid to Ukraine, pending an official review of whether this support is in line with U.S. interests.

“It goes in a different direction,” Danyliuk says in an interview at his office in Kiev, the first detailed response to Trump’s move from a top Ukrainian official. During their talks this week, Danyliuk says Bolton did not mention any plans to review or withhold U.S. support to Ukraine. “It was never raised,” he says. “On the contrary,” says Danyliuk, “we talked about how we would expand our cooperation. In my opinion, military support to Ukraine by definition is in the interests of the U.S., taking into consideration Ukraine’s strategic role in the region. If anything, the support should be increased.”

Asked about Bolton’s meetings in Kiev, a senior Administration official said in an email to TIME: “The United States has had extensive military cooperation with Ukraine, something that has been very beneficial to both nations.”

The mixed signals marked another sign of discord within the White House between Trump and his top security advisers, whose efforts to take a tougher stance on Russia have been repeatedly undercut by the President.

Leading Democrats in Washington expressed outrage at the apparent attempt to hinder an aid package to Ukraine that has already been approved by Congress. “Enough is enough,” Senator Bob Menendez, the ranking member of the Senate Foreign Relations Committee, said in a statement on Thursday. “President Trump should stop worrying about disappointing Vladimir Putin and stand up for U.S. national security priorities. We have a responsibility to help Ukraine defend its sovereignty and deter Russia from further aggression,” he added, referring to Russia’s annexation of Crimea from Ukraine in 2014 and its fuelling of a war in eastern Ukraine that has killed over 13,000 people in the last five years.

The U.S. President was also cautious to avoid criticizing Putin during the G7 summit held this week in France. Asked to explain his desire for Russia to be allowed back into the G7 club of industrialized nations after it was expelled in 2014, Trump appeared to blame his predecessor for the Russian annexation of Crimea that year, saying that Barack Obama had been “outsmarted” by President Putin, who ordered Russian troops to invade and seize that territory from Ukraine. The Crimean peninsula, Trump said, “was sort of taken away from President Obama.”

Wife of Ukraine's Zelensky Hospitalized After Getting COVID

Danyliuk took a long pause when asked about this statement in the interview with TIME on Thursday, apparently at a loss for words. “Our position is absolutely clear,” he said finally. “Russia was expelled from the G7 because you cannot sit across the table, as democratic states, with an open aggressor. What are you going to talk about?” He added: “How can you discuss world issues with a person who started a war and grabbed territory in the middle of Europe?”

Further complicating U.S. relations with Ukraine have been the efforts of Trump’s personal lawyer, Rudy Giuliani, to convince the authorities in Ukraine to investigate the domestic opponents of the Trump Administration. As first reported in the New York Times last week, Giuliani has urged Ukrainian officials to investigate the business dealings in Ukraine of Hunter Biden, the son of Democratic presidential candidate Joe Biden.

The government in Ukraine has so far tried to avoid doing anything that could be perceived as interference in domestic U.S. affairs. “We will not interfere,” Danyliuk tells TIME. “Why should we?”

Having won a strong mandate to lead Ukraine during elections held this year, the new government of President Volodymyr Zelensky will try to develop relations with the U.S. based on mutual interests, Danyliuk says. “Ukraine needs to be stable and strong as a regional player. And we do rely on support from the United States. It’s significant support, and it’s not just symbolic.”

One issue where the interests of the U.S. and Ukraine seem to align is in opposition to the new Russian gas pipeline to Germany, known as Nord Stream 2. Once completed later this year, that pipeline would allow Russia to bypass Ukraine in its fuel shipments to Europe, effectively costing Ukraine’s economy around $3 billion per year in transit fees, Danyliuk says.

President Trump has repeatedly criticized the project, saying it would make Germany “captive” to Russian interests, and urging the Europeans to buy fuel from the U.S. instead. During their talks in Kyiv this week, Danilyuk discussed this issue at length with Bolton, and he urged the U.S. government to block the project by imposing economic sanctions against it. “Bolton was very supportive,” Danilyuk says. “He understands that Nord Stream 2 is bad for the United States.”

Still, after the conflicting messages from the White House this week, it became even more difficult for foreign leaders to take Trump’s closest advisers at their word. On a whim, or with a tweet, the President can always go, as Danyliuk put it, “in a different direction.” 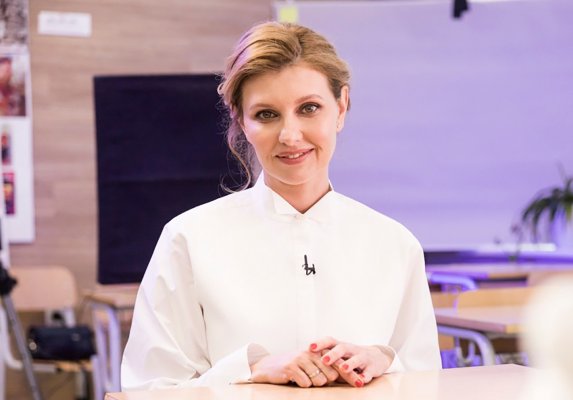 Wife of Ukraine's Zelensky Hospitalized After Getting COVID
EDIT POST