Sweeping Political Change in Ukraine Heralds Hope for the Future

Volodymyr Zelensky candidate for the post of President of Ukraine during the concert program of the studio "Kvartal 95" on March 13, 2019.
Aleksandr Gusev/Pacific Press -LightRocket via Getty Images
Ideas
By Ian Bremmer
Bremmer is a foreign affairs columnist and editor-at-large at TIME. He is the president of Eurasia Group, a political-risk consultancy, and GZERO Media, a company dedicated to providing intelligent and engaging coverage of international affairs. He teaches applied geopolitics at Columbia University’s School of International and Public Affairs and his most recent book is Us vs. Them: The Failure of Globalism.

In an era of dark-horse politics, when outsiders or new parties have won power in the United States, France, Italy, Mexico, Brazil, and elsewhere over the past three years, it’s hard to be surprised when voters choose change. But the political transformation in Ukraine is something different. It’s a response to the hyper-aggressive foreign policy of the country’s giant neighbor to the east. It’s a reflection of Russia’s failure to steer events inside a country that has served for centuries as its junior partner. It’s also an opportunity for Ukrainians to make a fresh start.

First came Volodymyr Zelensky. It’s not just that a man best known as the comedian who plays Ukraine’s president on TV was able to beat the actual incumbent president and a former prime minister to win a national election. It’s that he did it with 73 percent of the vote, the highest percentage yet recorded in post-Soviet Ukraine’s brief history with presidential elections. Then, aware that he could accomplish little without sweeping change in the Rada, Ukraine’s parliament, Zelensky called early elections.

Next came last weekend’s parliamentary election victory for Servant of the People, the political party that Zelensky created and named for his television show. Defying expert predictions, the party managed to win a majority of Rada seats. No party had done that before. There will also be lawmakers outside his party that will support Zelenskiy’s agenda, if only to bask in the new president’s reflected glow. But Zelensky won’t have to depend on them as he takes what are sure to be a series of tough decisions intended to reform Ukraine’s broken economy and dirty politics.

Russian officials are watching closely…and might be feeling a little powerless. Five years after Ukrainian protesters forced former president Viktor Yanukovych, Moscow’s then-man in Kiev, to flee to Russia, the Kremlin has had little success in regaining a foothold in Ukraine’s politics. Crimea remains in Russian hands, but Vladimir Putin has lost the popularity boost he got by invading it. Russia continues to back separatists in the Ukrainian provinces along the Ukrainian-Russian border, but the insurrections there have not forced big concessions from Kiev or prevented a deepening of Ukraine’s political and economic ties with Europe.

The popularity of Zelensky and his party made it impossible for Russia to exercise any real influence on the outcome of Ukraine’s elections. The past five years have made clear to many Ukrainians that Russia can’t simply be defied if Ukraine is ever to become secure and prosperous. But the intervening years haven’t brought Ukraine back into the Russian orbit either, and Zelensky has already proven he’s willing to trade insults with the Russian government when he believes his country is being insulted.

Ukraine’s president must now get down to the business of managing delicate relations with Russia, continuing to court Western governments and lenders, looking for a way to end the war with the separatists, and crushing the corruption that has long poisoned his country’s politics and undermined its economy. He’ll have to do all this with a parliament in which more than 70 percent of members have never served in government.

Zelensky arrived in power with a credible promise of change. He’ll now have to show exactly what that means. 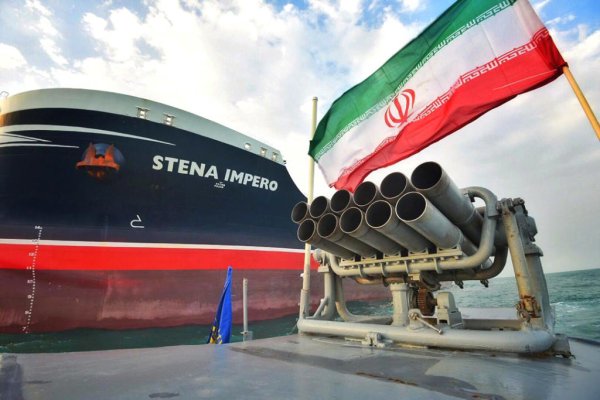 The Strait of Hormuz Is at the Center of Iran Tensions Again. Here's How the Narrow Waterway Gained Wide Importance
Next Up: Editor's Pick