March For Our Lives, the group founded by Parkland school shooting survivors, introduced an aggressive plan on Wednesday that calls for of sweeping gun restriction across the country. The proposals include raising the minimum age to buy a gun to 21, strengthening background checks and banning assault weapons and high-capacity magazines.

Parkland school shooting survivor and co-founder of March for Our Lives, David Hogg, tweeted about the “Peace Plan for a Safer America” plan on Wednesday, saying that America has to “seismically shift how we respond to gun violence.”

He added that he acknowledges that the plan “seems ambitious, given Washington’s apathy to decades of bloodshed” but notes, “policymakers have failed, so survivors are stepping up.”

This marks the first time the students are speaking out after two mass shootings left a total of more than 30 people dead earlier this month. On Aug. 3, a gunman in El Paso, Texas stormed a Walmart, killing 22 people. Less than 24 hours later, a 24-year-old man with an AR-15-style assault rifle and 100-round drum magazine killed nine people in just 32 seconds on a crowded street in Dayton, Ohio.

March for Our Lives has set a number of ambitious targets in its proposal, calling to “halve the rate of gun deaths in ten years” and “hold the gun lobby and industry accountable for decades of illegal behavior,” partially by initiating both FEC and IRS investigations into the National Rifle Association (NRA.)

The plan outlines a detailed strategy to address gun violence and create a robust federal gun licensing system that “raises the bar for gun ownership and responsibility in America.”

“All of these things can happen down the road. But can they happen within the current political climate? No,” Laura Dugan, a professor of criminology at the University of Maryland, tells TIME. “The changes we’ve been asking for in the past have been relatively mild and yet, nothing happened.”

But some parts of the Parkland plan touch on “low-hanging fruit” that even some conservatives agree with, Dugan says. She believes an assault weapons ban is one of those measures that may see political progress in coming years.

Other programs the plan suggests, like a national registry of all gun sales and a multi-step approval process requiring in-person interviews and oversight by law enforcement, may be less feasible. A registry could “alienate voters,” Dugan says.

Even if Democrats go on to win the House, Senate and presidency in the coming elections, they may be careful about proceeding with such aggressive changes, Dugan says.

But that doesn’t mean the March For Our Lives plan isn’t useful.

“It’s important that this plan is out there because the way policy moves into political feasibility is from people talking about it,” Dugan says.

The momentum is still “heading in the right direction on this issue,” she adds. “People are realizing that things are getting worse and not better,” Dugan says. “With the mass shootings that we’ve seen, people are recognizing their own vulnerability and the vulnerability in their own children.”

And David Hemenway, a Harvard health policy professor who studies gun violence, points out that even national gun licensing systems have precedent. Many other developed nations have them.

For those behind the plan, success entails making sure “all these things happen,” says Charlie Mirsky, a co-founder of March for Our Lives, who did not attend Marjory Stoneman Douglas but went to a school nearby. Mirsky, 19, had previously been taught by teacher Scott Beigel, who died in the mass shooting.

“This is not reactionary,” Mirsky says, adding that the plan has been in the works for about six months.

Meanwhile, political will to pass gun safety measures in Washington in the wake of this month’s mass shootings may be dwindling.

President Donald Trump had said after those shootings that he wanted stronger background check laws but has since appeared to shift his stance on the issue. He told reporters on Tuesday, “we have very, very strong background checks right now” but there are “missing areas” and “we’re looking at different things” before changing the focus to mental health.

Many doctors disagree that mental health is solely to blame.

On Wednesday, Trump once again backed tighter background checks for gun purchases but said he wants to be sure doing so won’t result in a slippery slope of changes that would threaten the Second Amendment, the Associated Press reported. 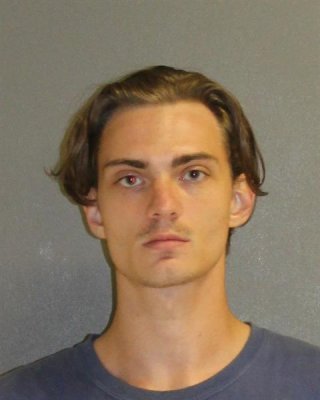 Florida Man Charged With Threatening a Mass Shooting After Allegedly Texting Ex-Girlfriend About 'a Good 100 Kills'
Next Up: Editor's Pick