Parkland Survivor David Hogg: 'I've Become More of a Citizen and an Activist'

David Hogg, one of the Parkland, Fla. students who survived the mass shooting at Marjory Stoneman Douglas High School in February, says he is excited to vote in the upcoming elections after recently turning 18.

“I’ve become more of a citizen and more of an activist,” Hogg said at the TIME 100 Gala in New York on Tuesday. Hogg added that he wants to go to American cities dealing with gun violence, like Chicago, to help people “raise their voice.”

Cameron Kasky, another Parkland survivor, said Tuesday that he hopes former President Barack Obama, who wrote about them in the 2018 TIME 100, “goes out and votes in November.”

Hogg and Kasky were named to the 2018 TIME 100, along with their classmates Emma González, Alex Wind and Jaclyn Corin.

The five students from Parkland, Fla. started the #NeverAgain movement to curb gun violence after 17 of their peers and faculty members at Marjory Stoneman Douglas High School were murdered on Feb. 14.

The Parkland students’ impassioned responses to the mass shooting spurred a national debate on gun violence and reinvigorated calls for new gun control laws. On March 24, they commanded national attention in Washington, D.C., where hundreds of thousands of people converged for the March For Our Lives demonstration.

“By bearing witness to carnage, by asking tough questions and demanding real answers, the Parkland students are shaking us out of our complacency,” Obama wrote about the young Parkland activists as part of the 2018 TIME 100. 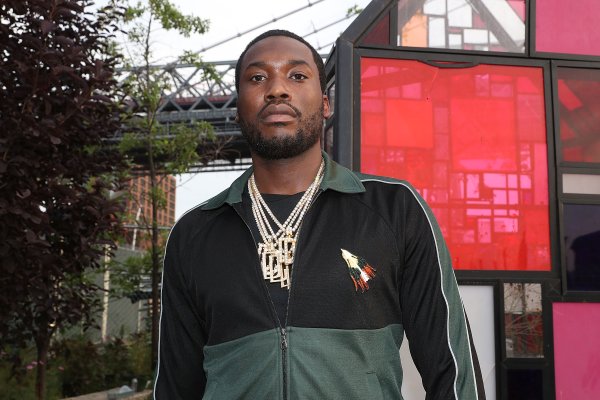 Rapper Meek Mill Heads to 76ers Game After Being Released From Prison
Next Up: Editor's Pick