Here's What to Know About the Mulan Boycott

After several delays, Disney’s live-action remake of Mulan has finally arrived on Disney Plus—alongside a new torrent of online protests. Disney had surely hoped that the initial controversy surrounding the film—which began last August when the film’s star Liu Yifei expressed support for the Hong Kong police on social media—would die down with time. But the week of its release in September, #BoycottMulan started trending once again, and the company faced new criticism over its filming in Xinjiang, the site of alleged human rights abuses against Uighurs and other Muslim minorities.

Here’s what to know about the controversies over the film.

Last August, demonstrators occupied Hong Kong’s airport and clashes erupted with police. Protesters faced batons, pepper spray, tear gas and rubber bullets from the police. Several prominent organizations, including the United Nations human rights office and Amnesty International, have condemned the Hong Kong police’s use of force during the protests. The police were also accused of allowing an armed mob to attack protestors last July, resulting in dozens of injuries.

In August 2019, Liu reshared a post from the state-backed newspaper People’s Daily that read: “I support the Hong Kong police. You can all attack me now.” Those words were said by Fu Guohao, a reporter for another state-run Chinese newspaper, while he was being tied up and attacked by protestors at the Hong Kong airport. The words were a rallying cry for the Chinese government and its supporters, who sought to portray the protestors as violent radicals.

Liu, in her own post, added in Chinese, “I also support the Hong Kong police,” and included heart and strong-arm emojis. Liu has 65 million followers on Weibo, a Chinese social media platform. Within days, the original post received over 2 million likes and an outpouring of support, and Liu’s post was liked 81,000 times.

Liu Yifei, also known as Crystal Liu, was cast as Mulan in 2017 after Disney saw nearly 1,000 candidates for the role, according to the Hollywood Reporter. Her casting was celebrated by an online community angry over a recent wave of whitewashed roles. Liu has been one of China’s most bankable stars over the last decade, appearing in fantasy and action films while also supporting a musical career.

Liu, who was born in China and spent part of her childhood living in New York, has spent much of her career in China. But she has also crossed over into English-speaking roles in 2008’s The Forbidden Kingdom, opposite Jackie Chan, and 2014’s Outcast, with Nicolas Cage.

Fans called for a boycott of the Disney live-action remake

Although her sentiment received an outpouring of support, Liu also quickly faced backlash from many across the world who support the protests, with the hashtag #BoycottMulan emerging on Twitter. “She could be a powerful voice for justice but instead, she supports this brutality,” one Tweet said of Liu.

The protests ensnarled the rollout of Mulan, a live-action remake of the beloved 1998 animated film that follows a Chinese girl as she impersonates a man in her quest to become a warrior and defend her homeland. The remake’s starry cast includes Donnie Yen, Jet Li and Rosalind Chao, and its director is Niki Caro (Whale Rider), who helmed filming in her home country of New Zealand. The film also arrives amidst an outcry for increased Asian representation in Hollywood, on the heels of films like Crazy Rich Asians and The Farewell.

While Liu has been criticized widely on Twitter, Liu’s support of Chinese authorities is the norm for Chinese entertainers. Others have found that protesting the government carries huge career implications: the Cantopop singer Denise Ho, a vocal supporter of Hong Kong’s pro-democracy movement, has been blacklisted from the mainland Chinese market. The singer Anthony Wong also said he lost more than half of his annual income that came from China after voicing support for the Umbrella Movement in 2014. “I think they are trying to ban us because they’re afraid of different views,” Wong told the New York Times that year.

And the career of Fan Bingbing, a Chinese icon, unraveled after she raised the ire of the Chinese government, albeit for a different reason, tax evasion. She was held under a type of house arrest for months by tax authorities.

Most Chinese entertainers have either voiced support for the government or refused to comment either way on the protests. Lay Zhang Yixing, a Chinese musician who is a member of the K-pop grop Exo, posted the same message as Liu. Jackie Chan, when asked about the protests, said “I don’t know anything about it.”

After the boycott emerged, Chinese-backed news outlets seized on Liu as a symbol for the country and its government. The hashtag #supportmulan circulated on Twitter, with Variety finding that many of those messages came from nationalist bots. Last August, Twitter said it had shut down more than 200,000 “spammy” accounts from China that were “deliberately and specifically attempting to sow political discord in Hong Kong, including undermining the legitimacy and political positions of the protest movement on the ground.”

In a late February interview with The Hollywood Reporter, Yifei alluded to her comments about the Hong Kong protests but declined to offer any further specifics. “I think it’s obviously a very complicated situation and I’m not an expert… I just really hope this gets resolved soon,” she said.

Changes from the original film

Meanwhile, fans of the 1998 Mulan have expressed dismay over the remake’s many divergences from the original. As the remake is not billed as a musical, it does not contain any of the original’s songs, including the beloved “I’ll Make a Man Out of You.”

And two extremely popular characters—Mushu, voiced by Eddie Murphy, and Captain Li Shang—are absent from the remake. Producer Jason Reed said that Li Shang was removed “because particularly in the time of the #MeToo movement, having a commanding officer that is also the sexual love interest was very uncomfortable and we didn’t think it was appropriate.”

When Mulan was released in September, #BoycottMulan started trending once again, with some of the leaders of the Hong Kong movement weighing in on social media:

And the criticism intensified after viewers saw that the film’s credits gives thanks to several government entities in Xinjaing, including the Turpan Municipal Bureau of Public Security, where detention camps of Muslim Uighurs and other ethnic minorities have been documented. Leaked documents say that that at least a million Muslims have been detained at these camps, where they are subjected to physical control and mental intimidation. Human rights advocates have condemned the camps as human rights abuse.

A representative for Disney and a publicist for Liu did not immediately respond to requests for comment.

The original version of this story misspelled the genre of music sung by Denise Ho. It is Cantopop, not Catopop. 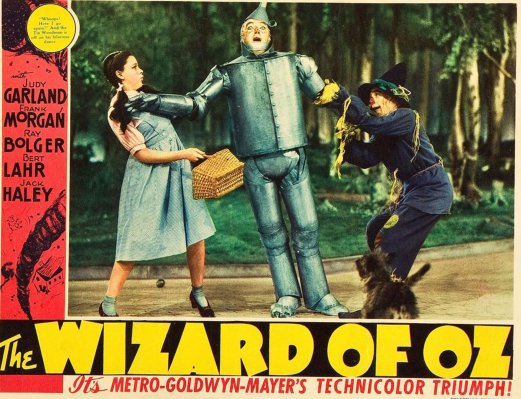 Was The Wizard of Oz Cursed? The Truth Behind the Dark Stories About the Judy Garland Classic
Next Up: Editor's Pick