Prince Harry, Duke of Sussex and Meghan Markle, Duchess of Sussex may have just welcomed their first child together, Archie Harrison Mountbatten-Windsor — but Harry already has an idea of how he’d like to see his family evolve. And it has a lot to do with the state of the environment.

In a lengthy and wide-ranging interview between Prince Harry and famous primatologist and environmental activist Jane Goodall, the two discussed being a steward of the environment even before having kids. Goodall suggested having “not too many!” The Duke’s response: “Two, maximum!”

Harry went on: “But I’ve always thought: this place is borrowed. And, surely, being as intelligent as we all are, or as evolved as we all are supposed to be, we should be able to leave something better behind for the next generation.” Goodall concurred: “But, in fact, we’ve stolen their future. Not all of it. But we’ve got to try and pay a little of it back. And get together to try and heal some of the harm, and at least slow down climate change.”

Prince Harry has been a longtime supporter of environmental causes, while Goodall’s most recent efforts have focused on getting young people involved in community development, conservation and leadership.

It’s been a good week already for fans of the Duke and Duchess of Sussex and their famous friends, as Meghan Markle shared the news of her role as guest editor for British Vogue. Since then, the magazine has been distributing tidbits from the upcoming September issue, including this exchange between Harry and Goodall and a conversation between Markle and former First Lady Michelle Obama.

In any case, it looks like little Archie may end up with only one sibling — maximum! — if Markle is on board with her husband’s plan. 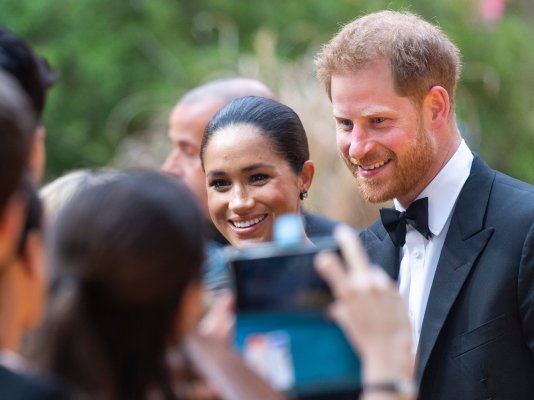