Meghan Markle, Duchess of Sussex when she married Prince Harry, has guest-edited the 2019 September issue of British Vogue. As the first guest editor of the September issue in the magazine’s 103-year history, Markle knew how to make a splash. For an issue titled “Forces for Change,” the British royal sat down “over a casual lunch of chicken tacos and [her] ever-burgeoning bump” to chat with American royalty, former First Lady Michelle Obama.

While during that lunch, Obama agreed to answer just a few “simple questions” what she returned to Markle was “a thoughtful, reflective and beautifully curated narrative” and some very good parenting advice for Markle who was soon-to-be a new mother.

In her note, which can be read in its entirety on British Vogue’s website, Obama wrote that “being a mother has been a masterclass in letting go.” As she learned to weather the “bruised knees, bumpy roads and broken hearts” along with her daughters, Sasha and Malia, she also learned that they are very resilient. As she has watched them grow, she realized that as their mother, her “job is to give them the space to explore and develop into the people they want to be. Not who I want them to be or who I wish I was at that age, but who they are, deep inside.” She also learned not to protect them from all of life’s challenges, but to provide “a safe and consistent place for them to land when they inevitably fail; and to show them, again and again, how to get up on their own.”

As her daughters grow up to be young women, she is teaching them to not “just check the boxes you think you’re supposed to check” and instead “keep trying on new experiences until they find what feels right. And what felt right yesterday might not necessarily feel right today. That’s OK – it’s good, even.”

Obama added that she likes to tell her daughters that “becoming who we are is an ongoing process,” which is a good thing. “What I hope my daughters will realize a little earlier is that there is no prescribed path, that it’s OK to swerve, and that the confidence they need to recognize that will come with time,” Obama wrote.

While Obama only has experience raising daughters, her advice for parents of sons “would be exactly the same.” Markle just may follow that advice as she hones her own parenting skills on her new son, Archie. 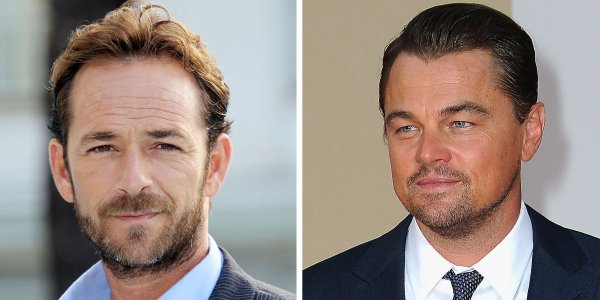 'Struck by His Kindness.' Leonardo DiCaprio Had the Sweetest Tribute to Co-Star Luke Perry
Next Up: Editor's Pick