When the Duchess of Sussex Meghan Markle became guest editor for the September issue of British Vogue, it may have been one of the more ambitious recent crossovers.

The pairing of the new royal and the fashion magazine also came with a set of standards that Markle decreed: the entire magazine was intended to celebrate the “power of the collective” and put the spotlight on inspiring women making a difference in the world. And aesthetically — since this is a fashion magazine, after all — there was direction, too: Markle stipulated even the photography would take a realistic tack.

“My instructions from the Duchess were clear: ‘I want to see freckles!’” photographer Peter Lindbergh explained to Vogue. He was the mutual choice of Markle and Vogue editor Edward Enninful to shoot their diverse cast of cover stars, thanks to his noted talent for seeing “beauty in real people, in real situations,” as Enninful explains.

Lindbergh was very much on board with the plan, too. “That was like running through open doors for me. I love freckles,” he said. (Markle famously displayed her freckles for the world during her wedding day in May 2018 as well, and has been vocal about embracing them as a feature. 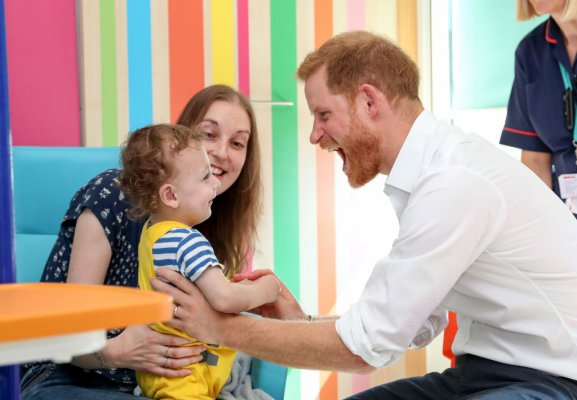 Prince Harry's Visit to a Children's Hospital Had a Sweet Connection to Princess Diana
Next Up: Editor's Pick