Millennials May Be Drinking Less, But Binge Drinking Is On the Rise Among Older Adults

Much has been made lately of millennials drinking less—and as America’s younger generations shift toward sobriety, recent research suggests the opposite is happening among its older ones.

A new study published in the Journal of the American Geriatrics Society found that, from 2015-2017, more than 10% of adults 65 and older said they had binge drank—defined as consuming five or more drinks in one sitting for men, or four or more for women— in the past month, up from about 7% in 2006. That’s in keeping with other studies that have charted increases in excessive drinking among elderly adults, including one that pointed to a 65% increase in high-risk drinking in this population from 2001 to 2013.

The latest number may even be an underestimate, the researchers note, because the study was based on self-reported data from the 2015-2017 National Surveys on Drug Use and Health. These responses can be inaccurate either because people forget how much they actually consumed, or because they purposely downplay habits they know are risky or carry a social stigma.

It’s not entirely clear why the reverse is happening among older adults. But the new study did find certain lifestyle and demographic factors that were associated with heavy drinking in older age. Marijuana use, which is also growing more common among Baby Boomers, was linked to binge drinking. Male, lower-income and African American adults also reported higher rates of binge drinking than female, higher-income and white adults, according to the study.

Widespread binge drinking is troubling because it is considered a risk factor for alcohol dependence, as well as alcohol poisoning, unintended injuries, interpersonal violence and sexually transmitted infections, according to the Centers for Disease Control and Prevention. A pattern of heavy drinking may also raise a person’s risk for chronic conditions such as cancer, dementia and liver disease.

Binge drinkers in the new study were less likely than more moderate alcohol users to have chronic diseases, but that may be because people with health problems, alcohol-related or otherwise, often decide to cut back on drinking. The most common chronic conditions among binge drinkers were high blood pressure, heart disease and diabetes, all of which can exacerbated by excessive alcohol use, the authors write. 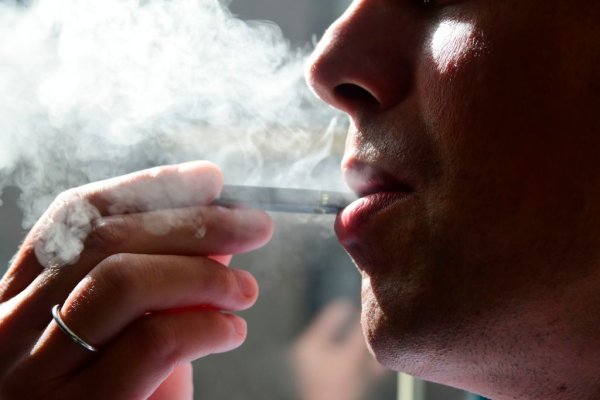 Daily E-Cigarette Use Can Help Smokers Quit, According to One of the Most Comprehensive Studies Yet
Next Up: Editor's Pick