Underage Drinking and Binge-Drinking Rates Are Falling in the U.S.

Underage drinking and binge-drinking rates in the United States are falling.

According to a new report by the Substance Abuse and Mental Health Services Administration, the percentage of underage people who drink fell 6.1% between 2002 and 2013, from 28.8% to 22.7%. The study defined underage as 12 to 20 years old, reports the Washington Post. The percentage of people who binge drink, defined as consuming five or more alcoholic drinks during one occasion, decreased from 19.3% to 14.2%, according to USA Today.

“While we’re always very happy about these declines, we can’t lose sight of the fact that we have approximately 9 million underage drinkers in the country,” Rich Lucey, special assistant to the director at SAMHSA’s Center for Substance Abuse, told USA Today.

Despite the decline, which may have been brought about by stricter ID laws and a crackdown on drinking and driving, alcohol is still the most common drug used by minors. 22.7% of those surveyed said they drink, while 16.9% reported using tobacco and 13.6% use illegal drugs. 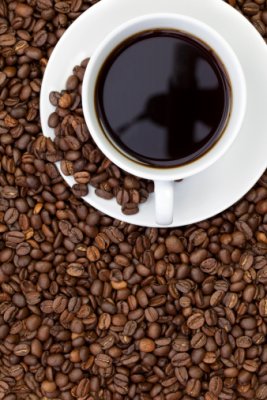 Drinking 4 Coffees a Day Is Bad for You
Next Up: Editor's Pick