The House of Representatives passed three resolutions Wednesday to block the sale of billions of dollars of weapons to Saudi Arabia and the United Arab Emirates, a move made in defiance of President Donald Trump and likely to be vetoed.

Several Republicans and Independent Justin Amash, who left the GOP last month citing disenchantment with the Republican party, voted in line with Democrats in the three back-to-back votes, according to the New York Times.

U.S. President Donald Trump had invoked an emergency provision to allow him to circumvent Congress to push the $8.1 billion arms sales through. Lawmakers expressed outrage over Trump’s tactics.

“If the administration wants to sell these weapons, they should follow the law — not misuse it — and come to Congress,” said Eliot L. Engel, chairman of the Foreign Affairs Committee, according to the Times, adding that the Iran emergency was “phony” and conceived “to trample on this body’s constitutional duties.”

Many Republicans supported Trump’s enactment of the emergency measures amid what the administration portrayed as heightened tensions with Iran. “The decision to move forward with these arms sales is part of a larger effort to deter Iran,” Michael McCaul, member of the Foreign Affairs committee had previously said, according to the Times.

Washington’s relationship with Saudi Arabia has caused a rift between Congress and the President, who has refused to speak out against the kingdom. In April, legislators voted to end U.S. involvement in a Saudi-led war in Yemen which has caused high civilian casualties. More than more than 7,500 children have died or been injured. Trump vetoed the decision, according to the Times.

Saudi Arabia’s leader, Crown Prince Mohammed bin Salman (commonly known as MBS) is also believed to be responsible for the brutal murder of journalist Jamal Khashoggi, an outspoken critic of the Saudi regime. A recent U.N. report found “credible evidence” warranting further investigation of bin Salman for his role in the killing.

Khashoggi was one of the journalists named as TIME Person of the Year in 2018, for “taking great risks in pursuit of greater truths, for the imperfect but essential quest for facts that are central to civil discourse, for speaking up and for speaking out.” 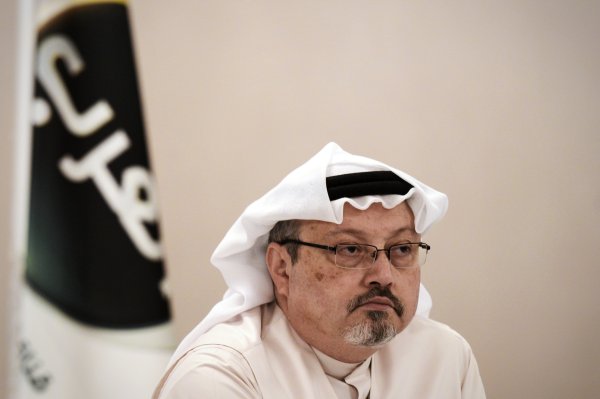