How Will Season 2 of Big Little Lies End? These Are the Most Convincing Theories

With the season 2 finale of HBO’s Big Little Lies in sight, we’ll soon find out just how Reese Witherspoon‘s Madeline, Nicole Kidman‘s Celeste, Meryl Streep’s Mary Louise and the rest of the Monterey gang will finish off their storylines — at least for now. Will Laura Dern’s Renata figure out a way to appropriately punish her philandering husband Gordon for his misdeeds? Will Zoe Kravitz’s Bonnie find peace following traumas both new and old? Will Adam Scott’s Ed move past his anger at Madeline for her infidelity? Will Shailene Woodley’s Jane heal enough to pursue a true relationship with her coworker Corey? Will Abigail go to college?

So many questions, and — given that an HBO executive has said a third season is “not realistic” — there’s only one more episode left on July 21 to tie up all the loose ends. Here are the most convincing theories that might predict the end of season 2 of Big Little Lies.

In just six episodes, Mary Louise Wright, played by Meryl Streep, has solidified herself as one of the most frustratingly effective villains on TV this year. Subtle and terrifying, Mary Louise outsmarts her opponents — so far, that includes Celeste, Madeline and Jane — with targeted, passive-aggressive zingers that cut right to the heart of their insecurities. She’s set up to take the hot seat in her custody battle with Celeste in the final episode, but given the grim fate of her son last season, there would be a kind of poetic continuity to seeing Mary Louise also take a tumble to finish things off for that part of the Wright family. (Though whether the twins will grow up to be good, nonviolent men is a question we likely won’t see answered.)

Corey’s motives are deeper, or darker, than they first appeared

People aren’t ready to believe that Jane is going to end up happily ever after with her slightly awkward (but seemingly sweet!) coworker Corey (Douglas Smith). Eagle-eyed viewers have questioned both his presence at the police station (was he really just there because Detective Quinlan called him in for questioning?) and the way he looks at Celeste during Amabella’s birthday party, suggesting he may know more than he’s letting on. Is he an informant? Is he playing Jane? Or is he just awkward, as he says he is?

Bonnie’s diary is going to give it all away

It’s a classic Chekhov’s gun situation: by showing us that Bonnie literally wrote down her confession in her diary, Big Little Lies is setting up that diary entry to play a role in the finale. In case that wasn’t enough, she confessed to her crimes in an emotional monologue to her unconscious mom, who may yet recover. Between these admissions and what appears to be a foreshadowing of her death by drowning, which the show has been playing up all season, we know Bonnie is in a precarious state without a strong support network — and with lots of evidence pointing to her potential downfall. (If she confesses, of course, the other women will be irrefutably implicated.)

Madeline will be the one to crack

Since the beginning of the lie at the end of season one, it’s Madeline Mackenzie who has been most insistent that all the women stick to their story: Perry lost his balance and fell. But with her marriage in jeopardy, Madeline is beginning to unravel. Ed just wants honesty and connection from her, but she’s holding back. Sharing this secret would certainly be one way to let him back in. But who knows how well he would manage with a secret of this magnitude weighing on his conscience, potentially leading to a bad outcome for everyone involved.

We know Mary Louise had two sons: Perry, as well as another son, Raymond, who died when they were kids, after which her husband soon left her. We don’t have other details on the family history or on Mary Louise’s parenting abilities. But with Mary Louise soon taking the stand for Celeste’s questioning in their custody battle, it’s fair to say some skeletons are bound to emerge from the closet — at least if Celeste has her way and does everything in her power to keep her own sons close. 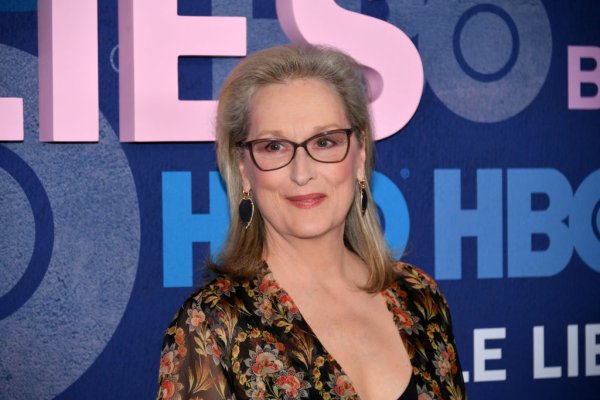